OJ Simpson was oddly released Saturday night, which kept the mainstream media in Las Vegas right before the mass shooting on Sunday.

Prison officials even admitted it was “out of the ordinary for a prisoner to be released on a weekend” without notice, claiming it was to keep a media circus out of Northern Nevada where Simpson was incarcerated.

This secrecy effectively kept the mainstream media in Las Vegas where they were already staying hours before the mass shooting because they were told Simpson was going to be transferred to the High Desert State Prison outside Las Vegas before his release.

Had the media known Simpson was to be released from the Lovelock Correctional Center, they would have likely headed to Reno, Nevada, which was much closer to the facility.

But notice how the media correspondents were covering the OJ case from Las Vegas, and not Reno: 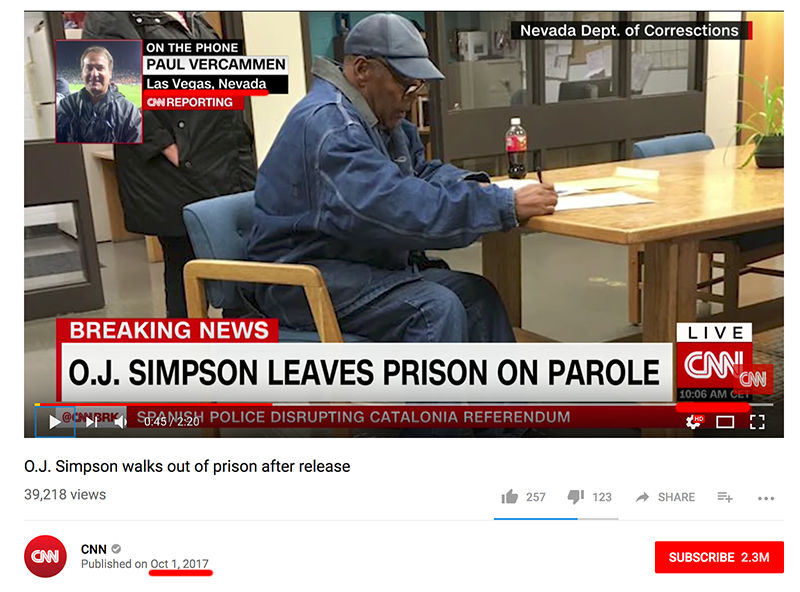 In other words, the mainstream media had to “set up shop” in Las Vegas to cover the Simpson release since they had no time to head to Lovelock, and Simpson was already long gone anyway after he literally disappeared into the night upon his release.

And it was only hours later that the mass shooting occurred in Vegas.