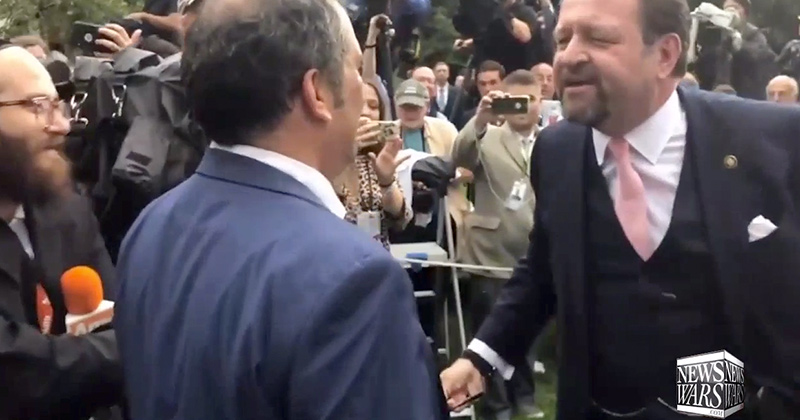 The dispute took place in front of nearly one hundred social media influencers who watched as Karem accused the group of being “eager for demonic possession.”

Gorka interrupted from across the lawn, sarcastically saying, “And you are a journalist, right?”

“Come on over here and talk to me, brother. We can go outside and have a long conversation,” Karem responded, insinuating he wanted to fight.

Karem was clearly not expecting a masculine response and backed down when Gorka looked him face-to-face and said, “You’re a PUNK. You’re not a journalist.”

“Hey Gorka, get a job,” was the only response Karem could muster after his bluff was called.

A man behind the camera ended the video by telling Karem, “Hey, just for the record, he’d kick your punk ass.”