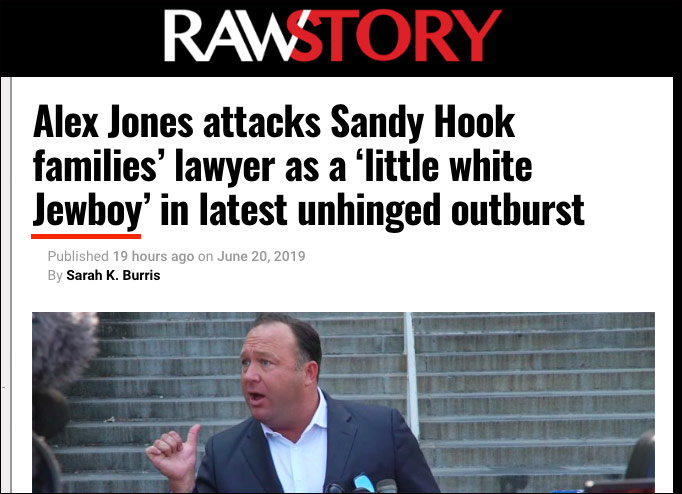 The article, authored by Sarah K. Burris and published Thursday, claimed Jones used the anti-Semitic slur to refer to attorney Chris Mattei based on misreporting from the website AboveTheLaw.com.

On Friday, Raw Story edited their title and added a correction to the article stating: “Correction: A previous version of this story failed to note that Alex Jones disputes the accuracy of the transcript provided to court.”

Responding to the fake news, Jones clarified on Friday he referred to Mattei as a “white-shoe boy,” a term that’s been around since the 1950s for which the Oxford Dictionary provides a couple of entries.

The Raw Story hit piece was also amended to reflect that Infowars has used the term “white-shoe boy” in the past, as evidenced in a Jon Bowne video title from last December. 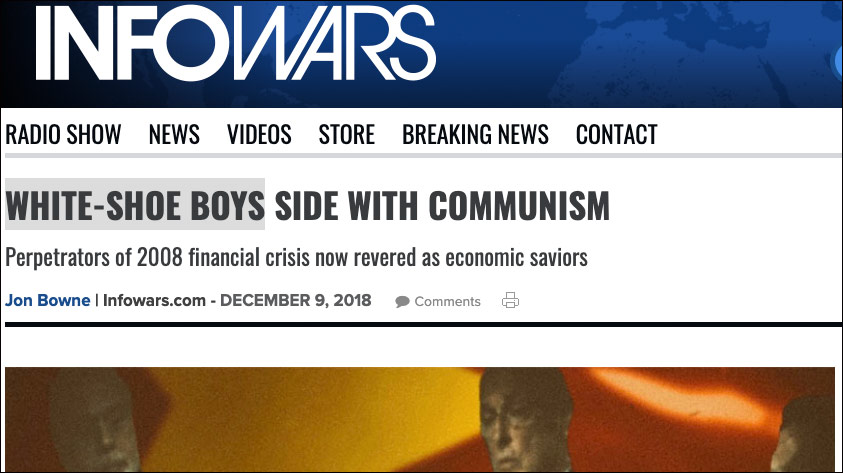 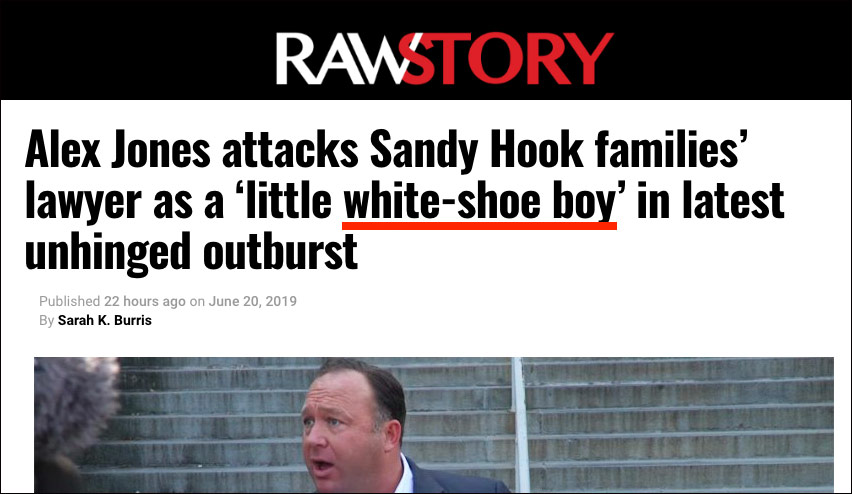 As of writing, the website where the “Jewboy” claim originated, AboveTheLaw.com, has not issued a retraction or a clarification.

This latest fake news assault against Alex Jones comes in the wake of another major US publication promoting a false headline regarding Sandy Hook.

Earlier this week, MarketWatch ran a headline claiming Alex Jones had lost his defamation case against Sandy Hook after a court ruled against publisher Moon Rock Books over the title “Nobody Died at Sandy Hook,” authored by Jim Fetzer and Mike Palacek, which Jones had no part in producing.

Major @AP @MarketWatch blunder… basic research would have revealed Jones IS NOT the author of "Nobody Died at Sandy Hook" 🙄 Nice try #FakeNews media! pic.twitter.com/1YtKnA9luI

To date, MarketWatch has not updated its unequivocally false headline or sub-headline.