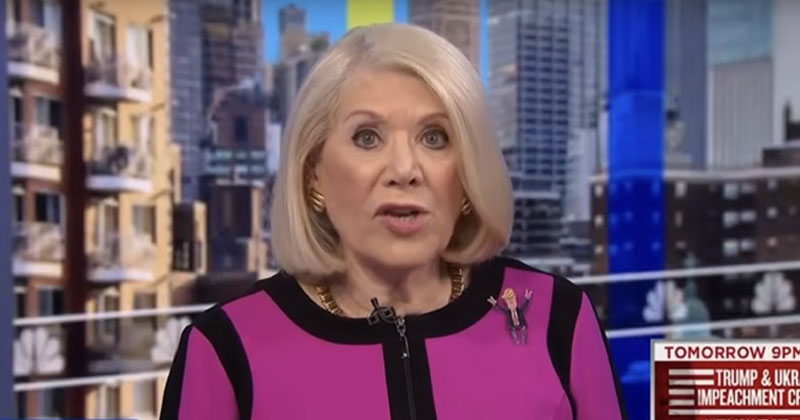 An MSNBC guest outlined a bizarre scenario that would see House Speaker Nancy Pelosi become president if both President Trump and Vice President Mike Pence are impeached by Democrats and Never Trumpers.

Appearing on MSNBC’s “AM Joy” Saturday, ex-Watergate prosecutor Jill Wine-Banks explained that if Pence was impeached first (despite the fact no evidence exists that he committed a high crime or misdemeanor), Democrats could threaten Trump with the prospect of Pelosi becoming president should he fail to choose a replacement.

“You could impeach Pence first,” Wine-Banks said. “The problem is that Donald Trump then has to name his replacement.”

Wine-Banks goes on to say that the “proper party” ie the Democrats must seize power from Trump by threatening him with a Pelosi presidency.

“But I think that maybe a deal could be struck where he was told, ‘If you don’t make a replacement, then Nancy Pelosi does become president. And so, you are going to be impeached and convicted. You need to make this replacement so that the proper party remains in power,'” she said.

As with Trump, no evidence exists to suggest Pence committed an impeachable offense, but that doesn’t stop Democrats from wargaming their plan to seize power from the American people on national television.

In the same program, anchor Joy Reid warned Trump officials they could face potential jail time if they didn’t turn against Trump amid the so-called “impeachment inquiry” that hasn’t even officially been voted on in the House.

The Democrats’ desperation has clearly reached a fever pitch as their trumped-up Ukraine narrative falls apart.

Alex Jones showcases a collection of clips of leftists’ rhetoric stoking a war on reality, and the possibility of a hot civil war.