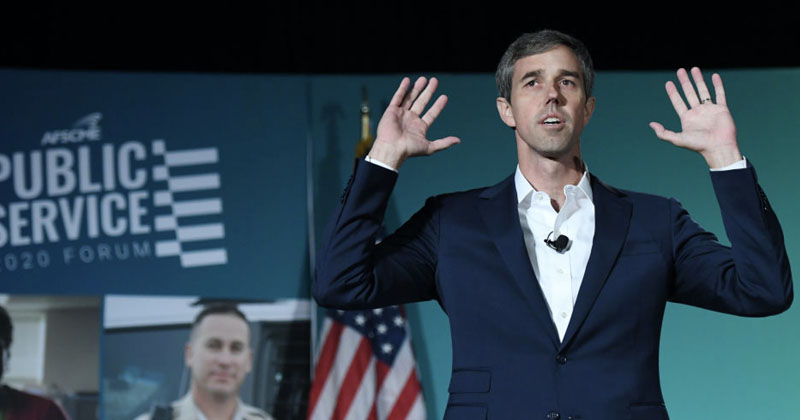 MSNBC host Stephanie Ruhle and contributor Maria Teresa Kumar discussed on Tuesday how O’Rourke could use tragedy to his political advantage.

“Beto has said he is running in the name of decency and democracy. As bad as this may sound, could this moment be a chance for Beto to gain some momentum?” Ruhle asked.

Kumar responded, “I think so,” claiming without evidence that Beto is the one candidate President Trump truly fears.

“When you look at who the president is most afraid of, you often hear within inner circles that Beto is the one that concerns him,” Teresa Kumar responded.

“It’s not only because he was able to capture the imagination of progressive Texas. He got over 500,000 Republicans to vote for him and he got a lot of independents to vote for him.”

“If you were to ask me who has more chance of flipping, Texas or Florida, I would make my bet on Texas,” Kumar added.

Video of O’Rourke’s statement about the shooting went viral after he appeared to smile and suppress laughter while delivering his remarks.

Since the El Paso shooting that killed 22 and injured dozens on Saturday, O’Rourke has also leveled several extreme comments about Trump in an effort to boost his single-digit poll numbers, calling the president a “white nationalist” who is “inciting racism and violence in this country.”

Alex Jones looks at the viral video on BETO O’Rourke laughing about the news of the El Paso WalMart Shooting.