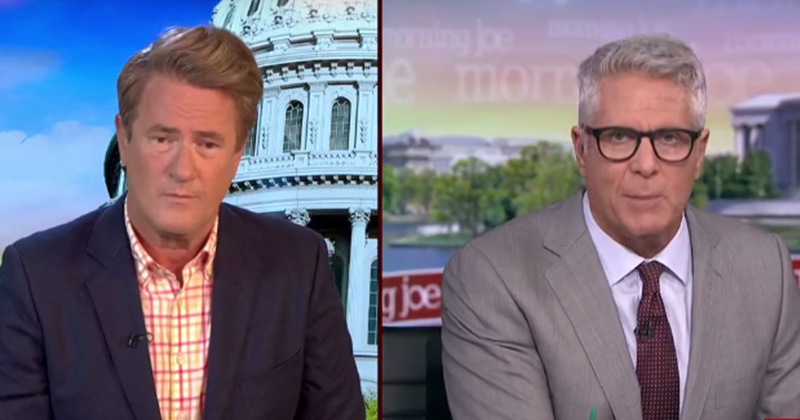 Anti-Trump MSNBC host Donny Douche, sorry, Deutsch* didn’t hold back his true feelings during an unhinged rant on Friday, saying Democrats will no longer “play fair” in their attempts to imprison President Trump.

“We are at war,” he said to begin the tirade.

Deutsch continued, saying, “It is time for the Democrats to wake up. We are playing against cheaters and liars or stealers and with all-do respect to Michelle Obama, when they go low, we’ve got to do whatever we have to do.”

In another message for his Democrat peers and colleagues, Deutsch implored them to “move forward.”

“There are two takeaways from Mueller that we’re gonna use as we go to war,” he said.

According to Deutsch, number one is that Trump broke the law will go to jail when he’s out of office, and number two is that our election system is vulnerable.

Finishing, Deutsch appeared to threaten possible illegal or immoral action, asserting, “We may not have won the battle of impeachment, but we’re going to win the war of putting him in jail, whatever we have to do, and we’re not going to necessarily play fair.”

Deutsch has shown glimpses of insanity before, such as claiming President Trump will stage a military coup if he loses the 2020 election, calling Trump supporters Nazis and calling for an anti-Trump revolution in the streets.