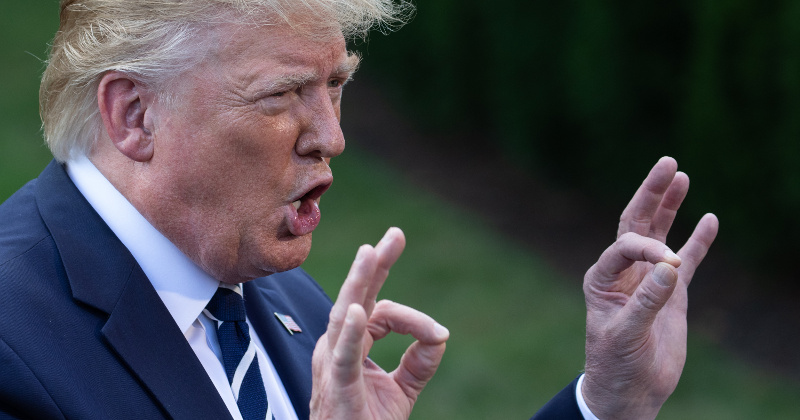 In a crazed segment, MSNBC declared earlier this week that President Trump’s real agenda in Baltimore and beyond is to “exterminate” black people, like Hitler attempted with the Jews in Europe.

“Hardball” host Chris Matthews and his guests described Trump’s use of the word ‘infested’ as “Hitlerian”.

“If you go back and read Goebbels and all of that stuff, it’s all about the Jews in that case… he’s obsessed with this thing about cities.” he added.

“Well, this is the Nazi playbook, right?” former Democratic congresswoman Donna Edwards chimed in. “You dehumanize people. You say they’re infested. It gives you the reason to, I don’t know.”

“Well, to exterminate them or something like that,” Matthews responded.

“Exterminate them,” Edwards continued, Trump has “done it for everyone of these cities and what many of these cities have in common is a majority African-American population, in some cases, African American leadership, and he goes at them.”

The derangement on display here is off the chart. By all accounts, Baltimore is “infested” with rats.

Here's a local Baltimore news story about the rat problem from a few years ago. "Rats" are not a code word for black people. The city has a rat problem! #TrumpIsRightAgain pic.twitter.com/h14GncvwUQ

We are in a political firestorm over the condition of Baltimore.
So what is life really like there?
I spoke with residents in Rep. Cummings district.
Here's what they had to say: Rats. Trash. Crime. Abandoned by politicians. Begging for change.
Want the truth?
Please WATCH @TPUSA pic.twitter.com/rkHwwHc1kf

And if Matthews and his MSNBC posse have trouble with the word infested, they might want to take it up with Rep. Elijah Cummings, because he also described the city the same way:

The Radical Left Dems went after me for using the words “drug-infested” concerning Baltimore. Take a look at Elijah C. pic.twitter.com/E08ngbcw3d

In a further broadcast Tuesday night, MSNBC declared that Trump is inciting violence by “basically ripping the scab off of white supremacy and the history of racism in this country.”

“And it seems to be, to me, that he will stop at nothing. And if that means exploding racism in the United States, that’s what we’re going to do. And that’s what we’re all going to have to live through.” claimed correspondent Linette Lopez.