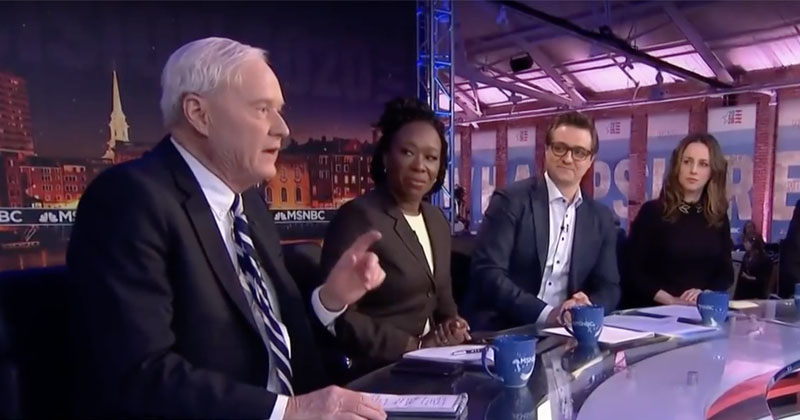 Matthews began by excoriating socialism, drawing on his own experience watching communist governments wreak havoc during the Cold War.

“The issue of this campaign is that word socialism. Some people like it. Younger people like it,” Matthews said during the post-debate coverage.

“Those of us like me, who grew up in a cold war and saw some aspects of it while visiting places like Vietnam, like I have, and seeing countries like Cuba, being there. I’m seeing what socialism’s like. I don’t like it. OK? It’s not only not free. It doesn’t freakin’ work!”

“I remember the Cold War…I think if Castro and the Reds had won the Cold War there would have been executions in Central Park and I might have been one of the ones getting executed,” Matthews said.

“And certainly other people would be there cheering, OK?…I don’t know what he means by Socialism. I wonder if he means Denmark. We want to be like Denmark. OK, that’s harmless. It’s basically a capitalist country with good social welfare…”

Matthews wasn’t having it.

Matthews clearly upset the far-left wing of the party, but his worries aren’t unfounded.

Over the last few weeks, Project Veritas has released several undercover videos showing numerous Sanders field organizers in multiple states express their desire to round up conservatives and put them in Soviet-style re-education gulags, and even waging mass violence across the country should Trump win a second term.