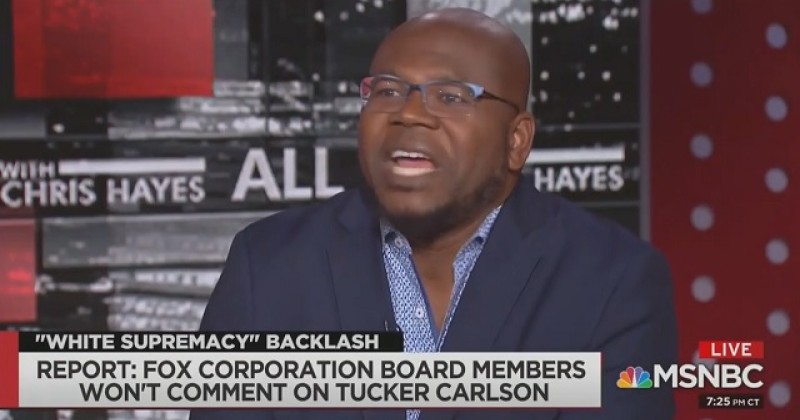 Carlson has been under fire since he asserted earlier this week that America faces much bigger problems than “white supremacy.”

This angered Johnson, who brazenly suggested that Carlson supports the kind of domestic terrorism exemplified by the El Paso mass shooting.

“For the rest of news the media system, for everybody everybody else who is talking about it, we have to now frame this is as this is someone who basically supports terrorism,” said Johnson.

Johnson’s assertion that Tucker supports political violence is also rich given that he previously justified Antifa violence against police by claiming they were a protection force for white nationalists.

“I see Tucker Carlson as a guy who has repeatedly failed in television,” Johnson also remarked, an odd comment given that Carlson’s show routinely competes with Hannity’s Fox News show for the number one cable news broadcast in America.