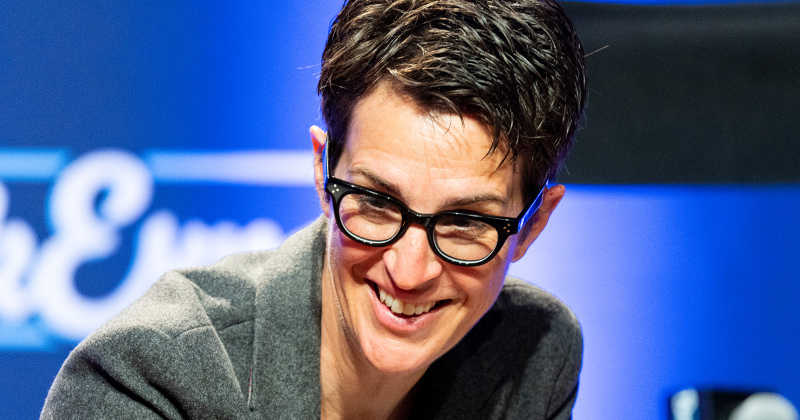 The latest Nielsen data reveal that The Rachel Maddoow Show on MSNBC has fallen to 5th place in the cable news category, with an audience smaller than Fox News’ The Five and, for the advertisers’ favored 25-54 demographic, only 384,000 viewers.

As reported in Forbes and Breitbart News, the Nielson numbers released this week show that The Rachel Maddow Show had 2.487 million total average viewers in July. This put Maddow behind the four top shows,  all of which are on the Fox News Channel.

In July 2018, Rachel Maddow had 2.7 million total average viewers. In one year, her audience has fallen by 213,000 viewers. Maddow’s fifth-place finish for July marked the first time since October 2018 that she did not finish in the top three.

Hannity has been the No. 1 show for four months in a row.

“For nearly three years, Maddow went pedal to the metal spreading the Russia Collusion Hoax like no one else, not even CNNLOL, and once the Mueller Report proved President Trump neither colluded with Russia nor obstructed justice, Maddow was left exposed as a liar and fraud,” said John Nolte with Breitbart News.

Matt Bracken discusses the current state of the freedom of speech with censored filmmaker Michael Hansen of https://killingfreespeech.com