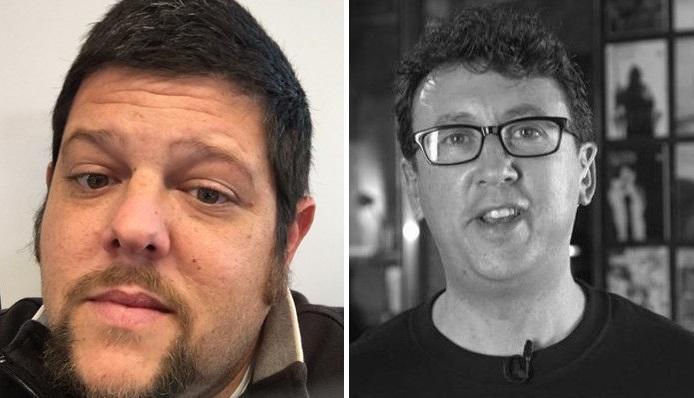 Update 2: In an almost unprecedented event – having rarely commented on stories related to the special counsel’s investigation – Robert S. Mueller III’s office put out a statement firmly disputing the reporting of the news site BuzzFeed reported that the president instructed his personal attorney to lie to Congress about his push for a Moscow real estate project

“BuzzFeed’s description of specific statements to the Special Counsel’s Office, and characterization of documents and testimony obtained by this office, regarding Michael Cohen’s Congressional testimony are not accurate,” the special counsel’s office said.

As The Hill reports, BuzzFeed had released a statement earlier Friday defending the reporters behind the story and saying that it “stands by this story 100%,” and for his part, Cohen adviser Lanny Davis refused to confirm or deny the report during an interview with MSNBC on Friday afternoon.

I told you all that the BuzzFeed story was nonsense. pic.twitter.com/gbTXPjpVtk

We called it. FAKE NEWS!

And then made his own views clear:

Remember it was Buzzfeed that released the totally discredited “Dossier,” paid for by Crooked Hillary Clinton and the Democrats (as opposition research), on which the entire Russian probe is based! A very sad day for journalism, but a great day for our Country!

Fake News is truly the ENEMY OF THE PEOPLE!

Fourteen hours after the Buzzfeed story hit, @RudyGiuliani finally denies it: "Any suggestion – from any source – that the President counseled Michael Cohen to lie is categorically false." per @HallieJackson

In a new clip, a Buzzfeed reporter tells CNN that he has not seen any evidence proving Trump colluded with Russia. Owen breaks down leftist insanity.

Skeptics are taking aim at a Thursday night BuzzFeed report that President Trump “personally instructed” his former attorney Michael Cohen to lie to congress about negotiations to build a Trump Tower in Moscow.

Less than 12 hours after the report, its credibility has been called into question after the two journalists who wrote the story gave vastly different answers as to whether they had actually the evidence – while many have pointed to the “dubious past” of reporter Jason Leopold.

Leopold came under fire for a 2006 Truthout.org article incorrectly reporting that Karl Rove had been indicted over the Valerie Plame CIA leak case – claiming that multiple anonymous sources “confirmed Rove’s indictment is imminent.”

As we learned last week, Rove isn’t being indicted, and the supposed Truthout scoop by reporter Jason Leopold was wildly off the mark. It was but the latest installment in the tale of a troubled young reporter with a history of drug addiction whose aggressive disregard for the rules ended up embroiling me in a bizarre escapade — and raised serious questions about journalistic ethics. –Joe Lauria, WaPo, 2006

Was just tipped off via DM. This reporter is the first name on the buzzfeed byline. So yeah, my skepticism wasn’t unwarranted. https://t.co/IySHs1Zv0l

The other journalist from the Thursday night BuzzFeed report, Anthony Cormier, admitted to CNN’s “New Day” that he hasn’t actually seen the evidence in the case.

Host Alisyn Camerota opened the interview by asking Cormier if he had seen the evidence to which Cormier replied: “Not personally.” He then clarified that “the folks we have talked to — two officials we have spoken to are fully, 100 percent read into that aspect of the Special Counsel’s investigation” –Mediaite

Except Leopold told MSNBC “We have seen the documents. We have been briefed on documents.”

“We have seen documents. We have been briefed on documents. We are very confident in our reporting," BuzzFeed News reporter Jason Leopold, who co-wrote bombshell new report, says. pic.twitter.com/5RXOx8rvo0

“I don’t think that we’ve said that we haven’t seen them.” – Leopold's exact quote on MSBC after being asked about Cormier's comments on CNN earlier.

Cormier's quote – “No, I’ve not seen it personally.” when asked by Alisyn Camerota

BuzzFeed’s reporter hasn’t seen ANY of the “evidence” on which his entire story is predicated???

Like all the other Russia collusion BS, this all hearsay and slander. No proof of anything.

Despite not having seen the evidence at hand, Cormier explained his sources at length: “[Our sources] have been working the Trump Moscow tower portion of the investigation…before Mueller. So they had access to a number of different documents, 302 reports which are interview reports,” he explained. “That stuff was compiled as they began to look at who the players were speaking with, how those negotiations went, who all from the Trump organization and outside the organization were involved in getting that tower set up.”

Cormier was then asked about Jason Leopold’s dubious past, with CNN‘s Alisyn Camerota asking: “He was in trouble for perhaps claiming to have sources he really didn’t have. His stories didn’t wash. Executive directors and editors have had to apologize after some of his big blockbuster stories,” adding “How can you be certain today?”

Cormier told NPR‘s “Morning Edition” that they had “managed to find ways to verify these people’s stories off the record.”

BuzzFeed News reports that Trump directed Michael Cohen to lie to Congress. @a_cormier_, one of two reporters who broke the story, says of their two law enforcement sources, "we've managed to find ways to verify these people's stories off the record." https://t.co/93EjJl0Js6 pic.twitter.com/owzl9iKkjR

President Trump on Friday tweeted in response to the story:

Kevin Corke, @FoxNews “Don’t forget, Michael Cohen has already been convicted of perjury and fraud, and as recently as this week, the Wall Street Journal has suggested that he may have stolen tens of thousands of dollars….” Lying to reduce his jail time! Watch father-in-law!

Trump Jr. chimed in as well, tweeting “Here we go again… another CNN/Buzzfeed “bombshell” with no evidence. The usual clickbait BS… and when it fails as all the others have there will be ZERO coverage.”

Here we go again… another CNN/Buzzfeed "bombshell" with no evidence. The usual clickbait BS… and when it fails as all the others have there will be ZERO coverage. Textbook #fakenews https://t.co/VNHN9ndz36

On Friday morning, House Intelligence Committee Chairman Adam Schiff (D-CA) said “We will do what’s necessary to find out if it’s true,” of the BuzzFeed report, calling the allegation the “most serious to date.”

“We will do what’s necessary to find out if it’s true,” House Intel Cmte. Chairman Schiff says of new BuzzFeed News report that President Trump told Michael Cohen to lie to Congress. https://t.co/BybYlmFCkW

“The allegation that the President of the United States may have suborned perjury before our committee in an effort to curtail the investigation and cover up his business dealings with Russia is among the most serious to date,” Schiff tweeted on Friday – one day after President Trump canceled his 7-day overseas trip with Nancy Pelosi.

The allegation that the President of the United States may have suborned perjury before our committee in an effort to curtail the investigation and cover up his business dealings with Russia is among the most serious to date. We will do what’s necessary to find out if it’s true. https://t.co/GljBAFqOjh