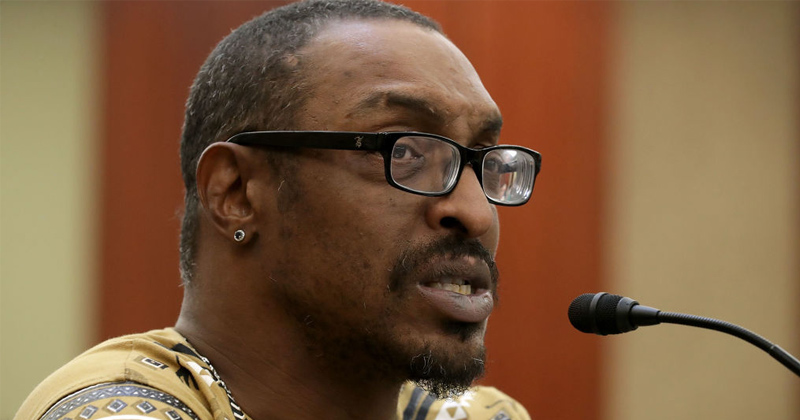 In an interview with the New York Post published last week, the son of legendary boxer Muhammad Ali provided insight into how his father would have viewed today’s political climate.

Ali, who died just over four years ago, would have been a Trump supporter and would have hated groups like Black Lives Matter, according to Muhammad Ali Jr.

A well-known activist in his own time, Ali Jr. says his father would have been disgusted by the violence and looting seen in response to the death of George Floyd.

“Don’t bust up s–t, don’t trash the place,” he advised the protesters. “You can peacefully protest. My father would have said, ‘They ain’t nothing but devils.’”

“It’s a racial statement,” he declared. “It’s pitting black people against everyone else. It starts racial things to happen; I hate that.”

During the hour-long interview, Ali Jr. also shared his views on policing, saying, “Police don’t wake up and think, ‘I’m going to kill a n—-r today or kill a white man.’ They’re just trying to make it back home to their family in one piece.”

Regarding the killing of George Floyd, Ali Jr. said. “The officer was wrong with killing that person, but people don’t realize there was more footage than what they showed. The guy resisted arrest, the officer was doing his job, but he used the wrong tactic.”

“They’re no different from Muslim terrorists. They should all get what they deserve,” he stated. “They’re f–king up businesses, beating up innocent people in the neighborhood, smashing up police stations and shops. They’re terrorists — they’re terrorizing the community. I agree with the peaceful protests, but the Antifa, they need to kill everyone in that thing.”

“Black Lives Matter is not a peaceful protest. Antifa never wanted it peaceful. I would take them all out,” Ali Jr. added.

A resident of Chicago, Ali’s fourth-born child explained he has never personally been singled out by police over his race.

“Not all the police are bad, there’s just a few. There’s a handful of police that are crooked, they should be locked up,” he argued. “I never had a bad scene with a cop. They’ve always been nice and protect me. I don’t have a problem with them.”

According to Ali Jr., “The Greatest” would have been a Trump supporter and would have seen through the Democrat playbook.

“I think Trump’s a good president,” he announced. “My father would have supported him. Trump’s not a racist, he’s for all the people. Democrats are the ones who are racist and not for everybody. These [Democrat politicians] saying Black Lives Matter, who the hell are you to say that? You’re not even black.”

He added, “Democrats don’t give a s–t about anybody. Hillary Clinton doesn’t give a s–t; she’s trying not to get locked up. Trump is much better than Clinton and Obama. … The only one to do what he said he would do is Donald Trump.”

Many black leaders are condemning the hypocrisy.

While the left supports radicals like Professor Frimpong who are normalizing hatred and fomenting a race war. Inflammatory comments allowed to essentially yell fire in a crowded theater where the feature presentation is an old screenplay written by The Weather Underground starring Black Lives Matter, Antifa, The Open Society Foundation, and The United Nations. With the predictable outcome of a Communist takeover of the United States.