The heavily armed attackers who set out for Mumbai by sea last week navigated with Global Positioning System equipment, according to Indian investigators and police. They carried BlackBerrys, CDs holding high-resolution satellite images like those used for Google Earth maps, and multiple cellphones with switchable SIM cards that would be hard to track. They spoke by satellite telephone. And as television channels broadcast live coverage of the young men carrying out the terrorist attack, TV sets were turned on in the hotel rooms occupied by the gunmen, eyewitnesses recalled.

This is terrorism in the digital age. Emerging details about the 60-hour siege of Mumbai suggest the attackers had made sophisticated use of high technology in planning and carrying out the assault that killed at least 174 people and wounded more than 300. The flood of information about the attacks — on TV, cellphones, the Internet — seized the attention of a terrified city, but it also was exploited by the assailants to direct their fire and cover their origins.

“Both sides used technology. The terrorists would not have been able to carry out these attacks had it not been for technology. They were not sailors, but they were able to use sophisticated GPS navigation tools and detailed maps to sail from Karachi [in Pakistan] to Mumbai,” said G. Parthasarathy, an internal security expert at the Center for Policy Research in New Delhi. “Our new reality of modern life is that the public also sent text messages to relatives trapped in hotels and used the Internet to try and fight back.”

During the attacks, an organization calling itself Deccan Mujaheddin asserted responsibility in an

e-mail to news outlets that was traced to a computer server in Moscow, said Praveen Swami, a terrorism expert and media commentator. The message, it was later discovered, originated in Lahore, Pakistan. Investigators have said the

e-mail was produced using Urdu-language voice-recognition software to “anonymatize” regional spellings and accents so police would be unable to identify their ethnic or geographic origins.

When the gunmen communicated with their leaders, they used satellite telephones and called voice-over-Internet-protocol phone numbers, making them harder to trace, Swami said. Then, once on the scene, they snatched cellphones from hostages and used those to stay in contact with one another.

At every point, Swami said, the gunmen used technology to gain a tactical advantage. 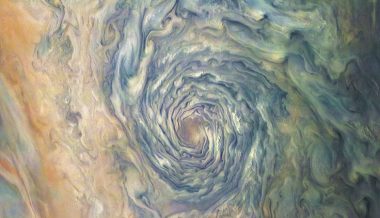