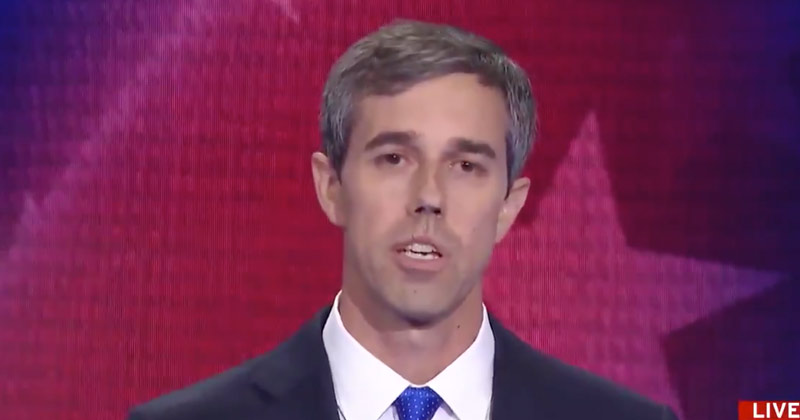 The former Texas representative was asked by NBC’s Savannah Guthrie his opinion on a 70% marginal tax rate.

However, rather than answer the question, Beto began speaking Spanish.

After his response, Guthrie again attempted to get Beto to answer the question – which he again answered in Spanish.

The candidate’s language shift became an instant hit on Twitter:

Moderator: “Mr. O’Rourke, what do you think about this specific tax plan?”

Moderator: “Yeah but the tax plan…”

Corey Booker when Beto busted out in Spanish. pic.twitter.com/OnoVjHHIj7

Beto broke out the Spanish 10 seconds into his answer 😂

Beto O'Rourke: Not only will I not answer your question, I will not answer it in Spanish! #DemDebate

BOOKER: I can't believe you did my thing before me.

DE BLASIO: I have a black son.

KLOBUCHAR: …Um, I have an uncle with a deer stand?

Why does Beto look worse than Nixon did in his debate with JFK?

Are why is he speaking in Spanish?

The way Booker was looking at Beto as Beto started speaking in Spanish to avoid answering the question was worth the price of admission. #DemDebate pic.twitter.com/UKYft8Eqjx

Cory Booker is ALL of us when Beto just started answering the question halfway through in Spanish. #DemDebates pic.twitter.com/Z6DjPxiBuQ

BETO forgot what country he was in Cory Booker looks astonished
Can’t answer his question on 70% tax rate #DemDebate pic.twitter.com/v5HDP0S5ze

If you had Beto speaking Spanish on his first answer, DRINK.

Beto: No one can butcher the Spanish language better than me.

I need to learn Spanish by tomorrow night at 9.