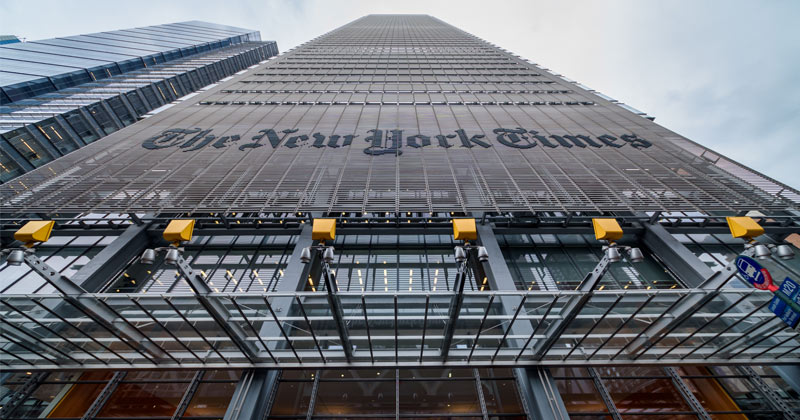 The New York Times will seemingly disregard sky-high homicide rates in America’s cities if doing so makes President Donald Trump look bad. To much of the media, the only facts that matter are those that hurt Trump.

The US president is known for his bombastic declarations, hyperbole, and generous use of superlatives. In his nearly four years in office, that has provided plenty of material for journalists to churn out ‘fact checking’ articles cross-examining his wilder claims in an effort to cut the larger-than-life leader down to size.

If anyone was wondering at what point ‘owning the president’ takes precedence over ‘seeing the bigger picture,’ the New York Times demonstrated that point on Saturday night, when it scrutinized Trump’s claims at a rally earlier that evening.

Unloading on local Democrat leadership, Trump told a rally in Tulsa, Oklahoma that the “murder rate in Baltimore and Detroit is higher than El Salvador, Guatemala or even Afghanistan.”

So the Times got to work. Trump was wrong, they told readers, because “Baltimore and Detroit do have higher murder rates than Guatemala and Afghanistan, but El Salvador’s rate is higher. Regardless, comparing the crime rates of cities to that of entire countries is misleading.”

The Times was not the only news outlet to fact check Trump’s rally. CNN, the Chicago Tribune, and the Associated Press all picked apart his rhetoric for falsehoods. Yet only the Times used his minor error on murder rates as a ‘gotcha’ retort.

‘In your face Trump!’ they may as well have shouted. Yet the numbers speak for themselves: Baltimore’s murder rate is nearly eight times higher than Afghanistan’s, at a 55.8 and 7.1 murders per 100,000 people, respectively, in 2017. The figures are a horrendous indictment of city authorities, especially considering that Afghanistan has been a literal war zone for decades.

Nor was the Times the only news outlet to battle Trump’s bombast with nitpicking and needling. In a bid to portray Trump as an insecure leader, CNN picked apart his retelling of his hesitant descent of a ramp at West Point last week, pointing out that the president dedicated 1,798 words on Saturday to the story, spending 14 minutes and 15 seconds on the tale. The wider point, of course, was lost in the pointless score-settling.

Trump may be bashed on many fronts, and the media have proven themselves more than willing to dish out that criticism. However, his argument on Saturday was, for the most part, factually correct, and what is happening in Baltimore and Detroit is a tragedy by any measure. Since it cannot be pinned on Trump personally, however, to the media seemingly determined to bash the president above all else, the suffering on America’s streets gets in the way of a good story.

Black Lives Matter takes over the Tulsa Trump rally: shutting down entrances, harassing Trump supporters in the streets, screaming in the faces of police and taking over areas reserved for the visiting Trump crowd.