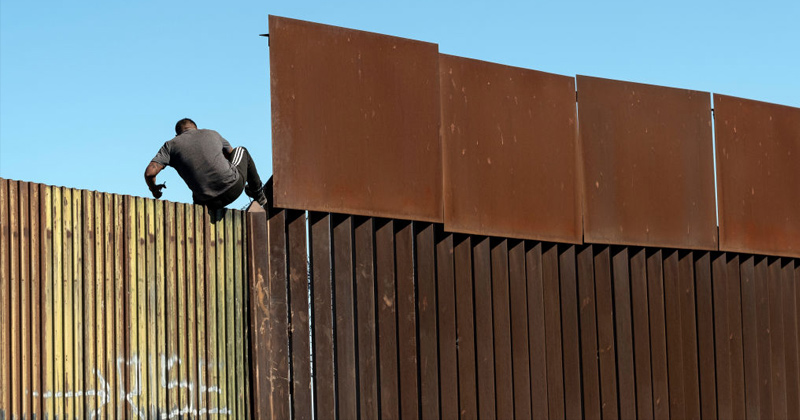 Out of the 209 illegals apprehended, 178 had previous convictions or pending criminal charges.

“These arrests are just one more indicator of the threat that sanctuary policies pose to our communities,” said Todd M. Lyons, acting field office director for ERO Boston. “Our officers will continue to arrest public safety threats that are released back to the communities, even as we remain committed to working with our local law enforcement partners to keep communities in the region safe.”

ICE Enforcement and Removal Operations (ERO) officers teamed up to arrest a Zimbabwean national, who is facing a felony rape charge, in Boston on Wednesday.

“Mutare, who legally entered the U.S. in 1999, significantly violated the terms of his admission and overstayed his temporary visitor status by nearly 20 years and is subject to removal proceedings.”

“He was arrested on felony rape charges by Boston police in December 2019 and indicted earlier this month on those charges. He was arrested by ICE following his release from local criminal court March 4. He will remain in ICE custody pending immigration proceedings before a federal immigration judge.”

Additionally, officers arrested a 48-year-old citizen of Guatemala convicted of murder and kidnapping and sentenced to imprisonment for a term of 15 years to life, a 29-year-old citizen of Liberia and member of the Bloods gang convicted of conspiracy to commit extortion, and burglary and a 34-year-old previously-removed citizen of the Dominican Republic charged with homicide and armed robbery in his home country.

The convicted criminal and U.S. citizen, a 42-year-old man who was sent to jail in 1997 for murder, attempted to bring three illegal aliens into the country.

The driver served 14 years in a California state prison for the murder charge and his criminal history also includes other felony convictions such as carrying a loaded firearm, possession of a controlled substance and participation in a criminal street gang.

The three aliens face prosecution for being illegally present in the U.S., officials stated.

Once again, ICE officers clear violent and dangerous criminals from American streets while Democrat politicians protect and release them.