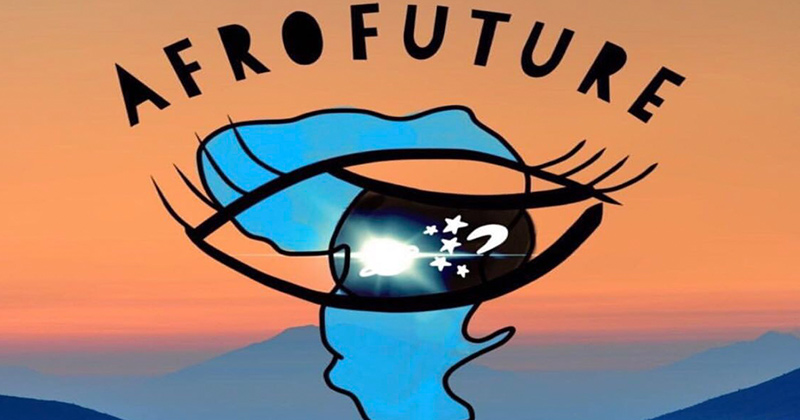 Detroit’s AfroFuture music festival has canceled a controversial policy charging white twice as much as “people of color.”

Advertisements for the event were open about charging white people more money, with one social media post reading, “Early Bird POC Tickets are $10 & $20 for NONPOC’s & on sale until JULY 17.”

OFFICIAL LINE UP For Afrofuture Fest IS HERE✨✨✨

In a hypocritical message explaining the pricing discrepancy, AfroFuture writes, “Why do we have poc(people of color) and nonpoc(white people) tickets? I’m glad you asked! Equality means treating everyone the same.” 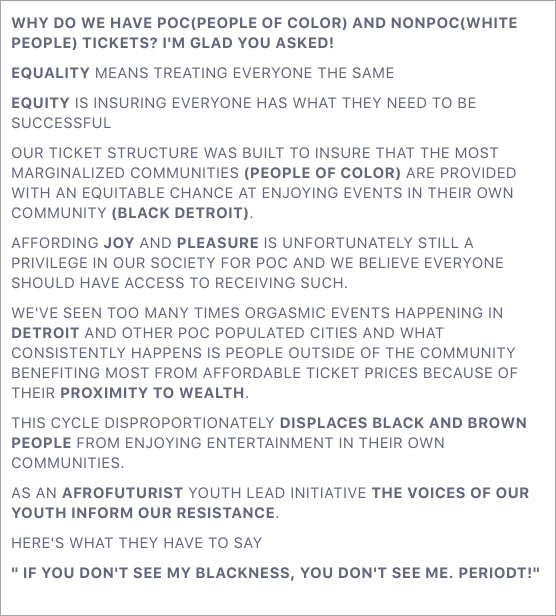 Rapper and podcaster Zuby condemned the policy in a tweet, saying, “Well done intersectional radicals. You’ve become the very racists you claim to stand against. So woke… So very woke.”

Detroit-based rapper Tiny Jag was the first to bring attention to the racist policy by pulling out of the festival after learning about the unfair pricing from a friend.

Tiny Jag, also known as Jillian Graham, told Detroit Metro Times “I was immediately enraged just because I am biracial.”

“I have family members that would have, under those circumstances, been subjected to something that I would not ever want them to be in … especially not because of anything that I have going on,” she continued.

Graham said many of the songs she performs are from her mixtape called Polly, which is her white grandmother’s name.

She asked, “How do you want me to come to a performance and perform these songs off a mixtape that is titled after this white woman that you would have charged double to get in here? Like, it’s just outrageous from so many different angles.”

Next, major ticketing website Eventbrite threatened to remove the festival from its listings due to the controversial pay model.

A spokesperson for the website told the Daily Caller News Foundation, “We do not permit events that require attendees to pay different prices based on their protected characteristics such as race or ethnicity.”

“In this case, we have notified the creator of the event about this violation and requested that they alter their event accordingly,” the Eventbrite spokesperson continued. “We have offered them the opportunity to do this on their own accord; should they not wish to comply we will unpublish the event completely from our site.”

Following the notice from Eventbrite, AfroFuture failed to apologize for the racist payment model and instead reversed the policy because “white supremacists” and “racists” allegedly threatened them.

For the safety of our community, family, elders who received threats from white supremacists,& youth who were subjected to seeing racist comments on our IG pg,Afrofuture Fest has changed our ticketing model to $20 General Admission & suggested donation for nonPOC on @eventbrite pic.twitter.com/6wQXEjRKtt