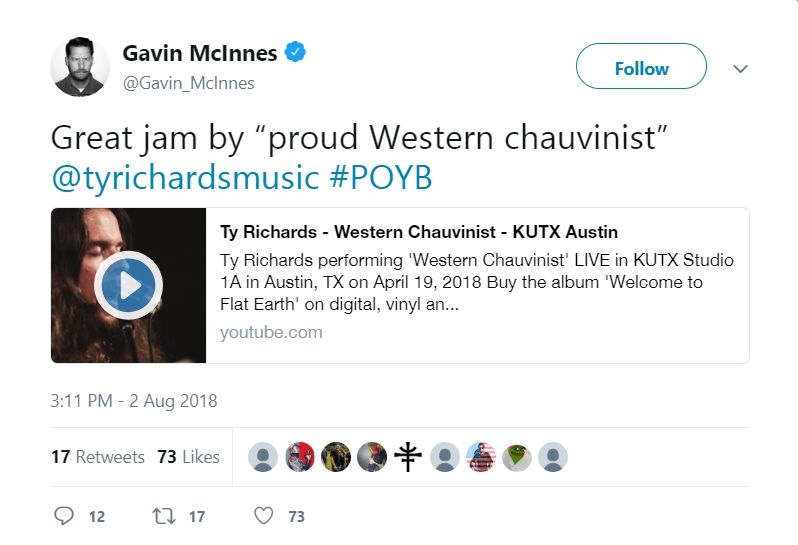 Austin, Texas musicians are being ostracized and exiled from the music community for expressing views that sometimes counter today’s liberal-leaning establishment norms. 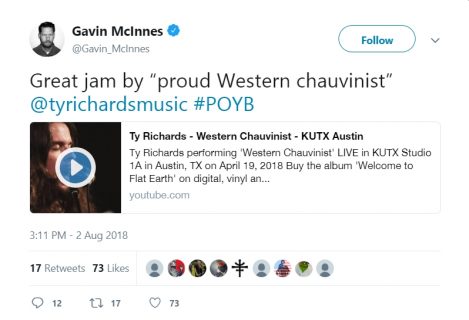 We could not provide a link to the tweet because Twitter recently banned McInnes’ account amid the recent purge of “controversial” political activists by social media platforms.

In a hit piece, a local music blog said, “Richards tweeted at McInnes, bizarrely referring to him as a ‘comedian,'” despite the fact that it says he’s a comedian on his Wikipedia page.

The hit piece also fails to mention McInnes was the co-founder of Vice media, a highly revered outlet by mainstream liberals.

Then the station prompted ME to make a public statement. So I decided to make my statement directly on McInnes’ show:https://t.co/LVzSQ5BbAY

KUTX received “a few” complaints from listeners, but after McInnes tweeted the song’s YouTube link the station pulled the track from their lineup and asked Richards to clarify the intentions of his lyrics.

Richards said on Facebook that KUTX, “quietly banned my song ‘Western Chauvinist’ this week before lying and attempting to coerce me to apologize for it publicly.”

It should also be noted that KUTX is a federally funded radio station.

A KUTX employee in contact with Richards asked him to not mention the fact that they pulled his song because they, “don’t want to draw any more attention to a potential controversy,” but Richards took screenshots of the conversation and posted them onto his Facebook page.

Doubling down, Richards then agreed to do an interview with Gavin McInnes on the “Get Off My Lawn” podcast, saying, “I’ll talk to anyone who supports free speech [and] freedom of expression.”

“The whole record is intended to get people talking about shit,” he says. “And it is starting a conversation. [KUTX] wants to silence the conversation. But that’s not where I stand.”

Richards, who won’t disclose whether his songs are satire or not, explains, “I want people to interpret whatever they want.”


One of Austin’s largest band bookers allegedly texted all of Ty’s friends and industry connections and tried to convince them that he’s a Nazi.

Another Austin-based band, Dream Machine, experienced the wrath of the PC mafia when they were dropped from their record label over an interview where they shared their opinions on immigration and feminism.

The duo even moved from Austin to Amsterdam, explaining, “American musicians (hopefully not Europe too) are getting increasingly politically correct and it started getting on our nerves.”


Matthew and Doris Melton of Dream Machine talked with Ty Richards about their similar experiences within the Austin music community in the following interview shot on August, 14.

According to Richards, an Austin, Texas record label owner sent a message to KUTX to inform them they’ll no longer donate or listen to the station because they pander to “the Mob of Offense” and “act like the thought police,” adding, “I’m sure Stalin would be proud.” 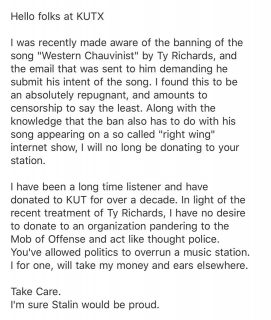 Earlier this year, Infowars writer and host Paul Joseph Watson coined the term “Conservatism is the New Punk Rock” and was mocked by the failed liberal satire show “The Opposition With Jordan Klepper.”

However, Watson is being proven correct as conservative-leaning Americans are taking over the counterculture.

Watch Watson’s “Conservatism is the new Punk Rock” video below:


T-shirts with Watson’s face and the slogan, “Conservatism is the New Counter Culture” can be found here. 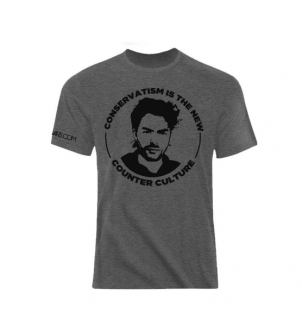 Society’s current attempts to condemn anyone who voices an opinion that is not in line with the status quo will inevitably push more and more people to fight back against their censorship.

Support Ty Richards by subscribing to his Patreon here.