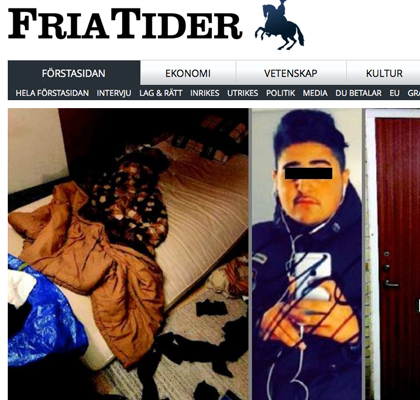 Despite his 14-year-old victim repeatedly saying “no,” a Muslim migrant won’t face rape charges because the court claimed he had “difficulties in interpreting” the word “no.”

The Hovrätten (royal court) of Western Sweden said the Iraqi, who had former convictions, had “suspected ADHD,” which, according to the court, gave him “difficulties in interpreting and interacting with other people as well as recognizing the standards he is expected to live up to.” 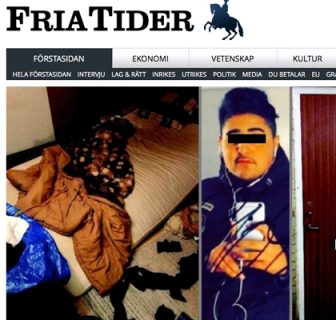 This despite video evidence of the girl resisting and repeatedly saying “no” during the sexual assault – and despite evidence indicating the girl was blackmailed by the migrant who reportedly threatened to harass her family.

“Abdul will instead be sentenced for protection and will be included in the Freedom Relation and Relationship Program ROS, instead pay 60,000 SEK [roughly $6,650 US dollars] to the girl in compensation,” reported Swedish media, who also said Abdul is still a citizen of Iraq.

The incident occurred on Oct. 4, 2016 in Gothenburg at Abdul’s own apartment, but it wasn’t reported how the girl got there in the first place.

Another Muslim migrant charged with rape in Sweden two months ago was similarly slapped on the wrist by the court after anally raping a 13-year-old girl.

The Syrian migrant was only sentenced to two months in jail and ordered to pay the equivalent of $2800 to the victim.

He received a light sentence partially because the court accepted his “Syrian papers” claiming he was a minor despite Swedish paperwork stating otherwise.

“The then-17-year-old man, who since turned 18, pulled a 13-year-old girl on one of the school’s toilets, locked the door and then raped her,” reported the Swedish newspaper Expressen.  “During the trial, the convicted rapist’s age has been a major issue.”