A video produced by the British Broadcasting Corporation is sparking outrage on social media after claims the network is attempting to normalize fundamentalist Islam.

In a video entitled, “Things not to say to someone who wears a burqa,” several British Islamic women explain to the left-leaning BBC why they’re offended by questions about their abnormal attire. 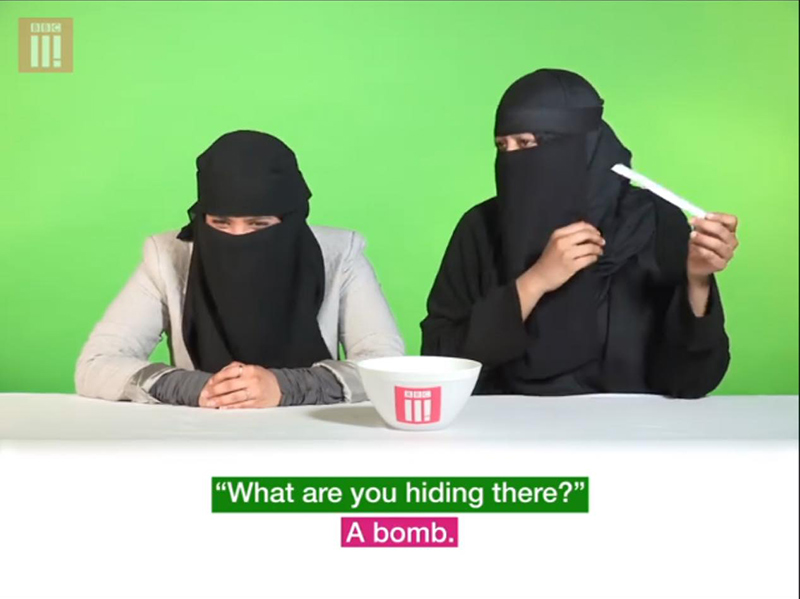 Addressing a frequently asked question inquiring what burqa-outfitted women are “hiding,” one woman joked she was concealing a “bomb,” with two women giggling at the prospect.

“It’s sad the BBC is celebrating the burqa instead of actually helping these women,” one woman on Twitter stated.

It’s sad the BBC is celebrating the burqa instead of actually helping these women. https://t.co/YHAcOozNtV

“BBC engaging in pro burqa propaganda. I guess celebrating women in cages is how you show cultural sensitivity for British progressives,” another person stated.

BBC engaging in pro burqa propaganda. I guess celebrating women in cages is how you show cultural sensitivity for British progressives. https://t.co/Glf9Odx1Bn

Others complained about the UK television license fee – used to fund the BBC – being put toward inundating Brits with pro-Islamic propaganda.

On Youtube, where dislikes outweighed likes of the video, commenters were equally appalled by the network’s blatant pro-Islamic propaganda.

“Women in the Middle East are fighting and too often pay with their life for the right to abandon this clothes of oppression. Meanwhile, in the West…” the site’s top comment reads.

“And shit like this is why I refuse to pay my licence [sic],” another top comment reads.

Yet another Youtube user compared seeing a woman in a burqa as a youth to “dementors” from the Harry Potter series.

The women appearing in the video defended the Islamic garb saying they wear it for religious reasons and that the outfit is part of their cultural identity.