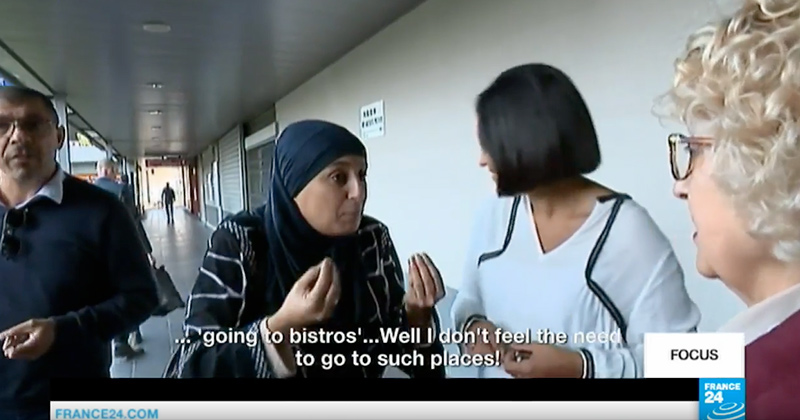 Some cafés frequented primarily by Muslim men are telling women they should not enter because of gender segregation, claiming “it’s for their own good”.

While French news outlets do report on this problem, they refuse to point out that Islam is the driving force behind these types of establishments.

Two activists from the Mothers’ Brigade are fighting for women’s rights in their Paris suburb, Sevran.

They entered a local café wearing hidden cameras and were met by a hostile group of male patrons.

The women were told they should, “wait outside” because, “it’s mostly men in here.”

One man said, “You see in this café there’s no gender-mixing.”

One of the women replied, “And is that normal?”

“We’re in Sevran, not Paris… you’re in the suburbs now,” said the man.

“Even in Sevran, we’re still in France,” the woman stated.

“You’re not in Paris! It’s a different mentality. Here, we do things like in our home countries!” said the man who was clearly referring to countries where Sharia Law is implemented.

While Native French women are leading the fight against this type of discrimination, many Muslim women are unfortunately still hesitant to join them.