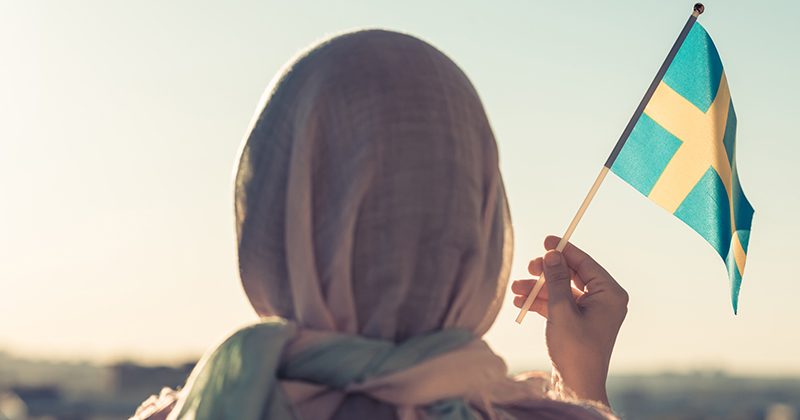 In recent weeks, the Danish Hard Line party has torched several copies of the Quran in what it dubbed “Swedish ghettos”, ostensibly to protest the spread of Islam and celebrate freedom of speech.

After Danish politician Rasmus Paludan’s Hard Line party launched a Quran-burning tour across Sweden, 15 Muslim congregations have voiced their desire to change Sweden’s laws to ban the mockery of religion. They’ve indicated that this should specifically include the burning of holy scriptures.

“We do not want it to be legal in Sweden to burn holy scriptures such as the Quran, the Bible and the Jewish scriptures, and that at the same time it should be forbidden to mock the various religions,” imam Hussein Farah Warsame told the newspaper Dagens Nyheter.

The Quran-burnings have also been condemned by multiple Swedish politicians across the political spectrum, as well as Archbishop Antje Jackelén. As a member of the Swedish Christian Council, she strongly disapproved the “conscious violations of people’s faith”, according to the newspaper Expressen.

“To burn books is barbaric. Not least books that many hold as holy,” the council wrote in a statement, warning that these actions “stoke polarisation between people, and counters integration efforts”. “We express our strong sympathy with the Muslim believers in our country,” the Christian leaders concluded.

Since the end of August, the anti-Islamic ethno-nationalist Hard Line party has burned several Qurans in what it described as “Swedish ghettos”, most notably in Malmö’s ethnic enclave of Rosengård, in defiance of a police decision not to grant demonstration permits.

This stoked Islamic riots that led to several police officers being injured. The Swedish authorities failed to stop the demonstration, and the city of Malmö subsequently denied any religious undertone to the riots. Since then, Hard Line members have torched Qurans in Stockholm’s Rinkeby, Gothenburg’s Angered and Trollhättan.

Rasmus Paludan himself, a Danish lawyer turned politician, suggested that the Quran-burnings are intended to “help Sweden against Islamisation”.

“The goal is to stop the Islamisation of Sweden. To withdraw Islamisation back to the levels of the 1960s or so. There should be about one million people travelling back to the Muslim countries where they belong, or converting to something other than Islam. It is clear that this is the goal,” Paludan said, pledging to go on until “no Islam” is left in Sweden.

Meanwhile, the police’s decision not to grant permission for an anti-Islam demonstrations that feature Quran-burnings and well as the near-universal condemnation by politicians means in practice “the re-introduction of blasphemy laws” in Sweden, lawyer and columnist Nima Rostami wrote in his opinion piece in the news outlet Nyheter Idag, suggesting that it undermines democracy and empowers Islamists by giving them legitimacy.

Sweden’s Islamic community has been growing through mass immigration starting from the 1960s. A 2017 Pew Research estimate suggested that Muslims account for 8.1 percent of the Swedish population of roughly ten million – a figure which is growing owing to continued immigration and current demographic trends that include lower birthrates among ethnic Swedes.