Every healthy child aged between two and ten in England is expected to be administered a nasal flu vaccine next month, as part of the government’s efforts to protect Britons from the disease.

Many Muslim residents of the United Kingdom are allegedly refusing to allow their children to take part in a nationwide flu vaccination programme because the treatment is not halal, an Arabic word which can be translated as “permissible” in English, The Telegraph reports.

Muslim parents are specifically concerned over the Fluenz nasal spray vaccine containing gelatine which is derived from pigs, considered unclean according to Islamic law.

The Telegraph quoted Shuja Shafi, chairman of the Muslim Council of Britain’s research committee as saying, “We have consulted the scholars and this is their view […] we need another vaccine which is halal.”

The council pointed out that the Fluenz spray would only be permitted if there was no alternative and children’s lives were at risk.

Shafi’s remarks came after he called on medics last year to find “a long-term solution” to the problem.

He was echoed by Mary Ramsay, head of immunisation at Public Health England (PBE), who told the Telegraph that the PBE’s key priority is “to ensure that vaccines are safe and effective”.

The PHE “encourages parents to seek advice from their faith or community leaders to inform their decision”, she added.

Right now, there are pork gelatine-free sprays but they are only offered to high-risk children. The alternative vaccine is believed to be “less effective” in terms of reducing the spread of the flu. 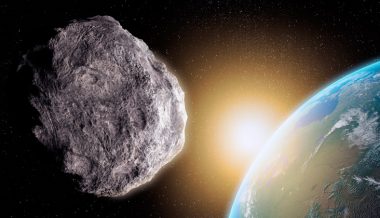