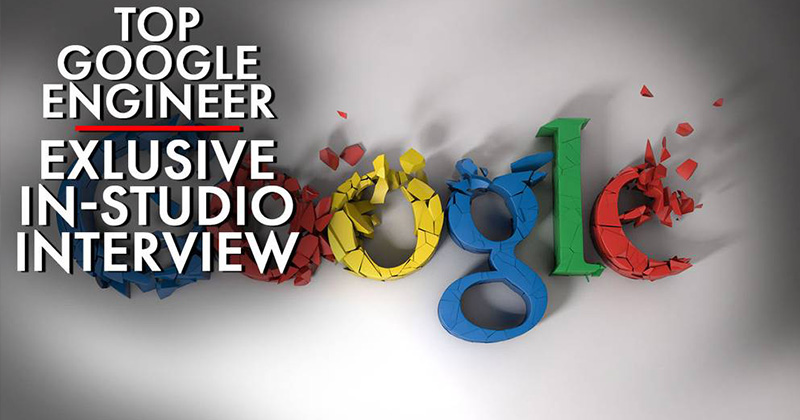 Vorhies also exposed big tech’s election meddling methods and revealed specific ways they use their control of information to brainwash the public.

For example, a Google executive once claimed in testimony to Congress that the company doesn’t “utilize blacklists in search results to favor political outcomes,” but Zach used Google’s internal search engine “Moma” and found a 40-page blacklist for YouTube.

Explaining why censorship has become such a large issue in the Trump era, Vorhies told Jones, “The establishment was in power in the United States, so they didn’t really need to apply all this control because they had control and when they started to lose control is when the mask got ripped off.”

“As a result, now we’re seeing what they truly are and it’s a really nasty, ugly beast that is fighting for its life. They’re in a total war for the American mind,” he added.

In the next show segment, Zach detailed the conformity experiment methods Google uses to control the public’s decision making.

Cultural Marxism is the key force big tech uses to curb free speech in the name of political correctness as peer pressure reaches a point that people will go along with things they know to be wrong in order to avoid the backlash of the mob.

Alex Jones asked Zach, “Isn’t that what leadership is? To do the right thing even when the masses aren’t for you?”

“Yes, absolutely,” Zach responded. “Every society that has had an allegiance to truth is one that’s been strong and every country that has fallen into Marxism has established, first, this political correctness and this control over speech.”

In this final show clip, Vorhies and Jones examine the dilated pupils of Apple’s Tim Cook and dive into the microdosing culture Silicon Valley considers a “brain hack.”

Join me for a special day at infowars where we are going to blow the lid off of Google’s influence on the 2016 election where they censored negative searches for Hillary Clinton. This flipped upto 10.4 million voter to Clinton according to @DrREpstein pic.twitter.com/ffOtefgRmY