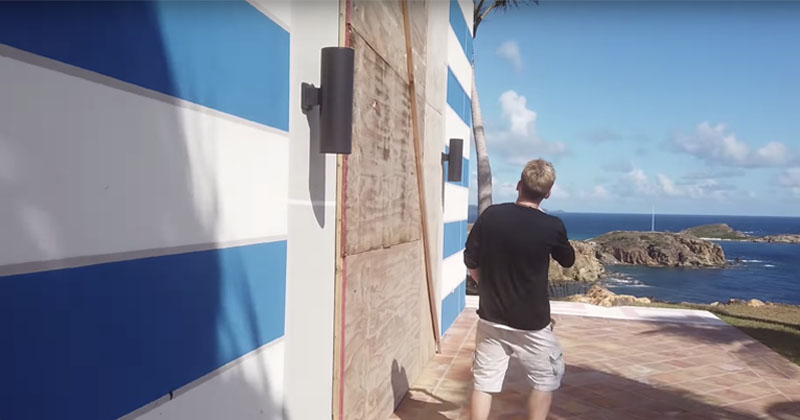 Luke Rudkowski of We Are Change and Jeff Berwick of the Dollar Vigilante infiltrated Epstein’s Little St. James Island to get an up-close look at the layout, infrastructure, and bizarre art decorating the landscape.

“We traversed a large part of the island, but we didn’t get to see everything,” Rudkowski says in the video. “We kind of stayed out the fray. I was always looking, always paranoid, but we thought no one was there — because there were no signs.”

Though Rudkowski found no evidence of Epstein’s pedophiliac crimes, he did document much of the strange art and buildings on the island, such as the numerous demonic gargoyles and statues, the giant occult sundial, and furniture pieces made of animal horns. 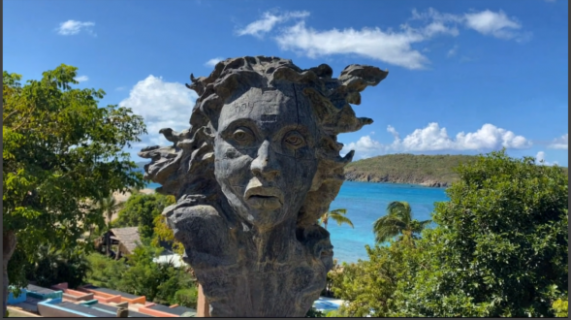 Additionally, the wooden door of the infamous blue and white cliffside temple is actually just painted on, and the temple itself appears to have been cheaply constructed.

Berwick said they went into some of the offices, but that everything was cleared out, likely by the FBI raid of the island in August following Epstein’s mysterious sudden death in prison.

Rudkowski also noted that the swimming pools and landscape appeared maintained, indicating that the island still had visitors or inhabitants. In fact, the video appears to show the duo being chased off the island by people driving a golf cart.

Several videos of the island had been released by an anonymous individual who goes by “Rusty Shackleford” on YouTube, who documented the island using a quadcopter drone over the last few months, even capturing some of the FBI’s raid.

Alex Jones is live discussing this and much more. Tune in!

If the highly questionable suicide of Jeffrey Epstein had happened in another country. We would all be laughing at how corrupt that country is. Instead, those countries are laughing at us.