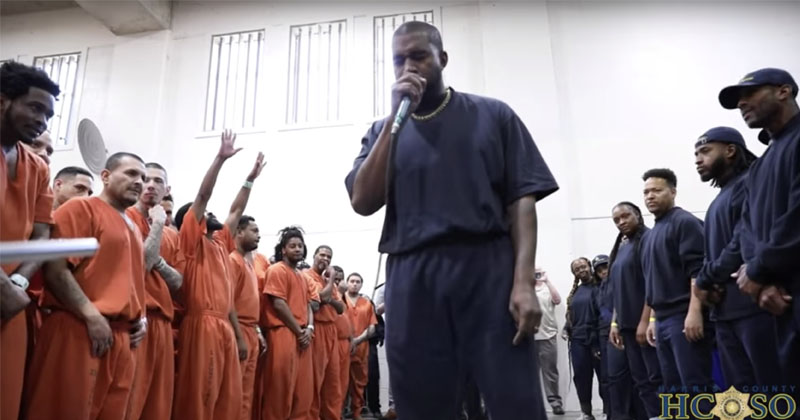 Rap superstar Kanye West made a surprise visit to a Texas jail to perform a pro-God concert that left attendees speechless.

“You know, it really was like a worship service,” Harris County Sheriff Ed Gonzalez said Friday.

“Very uplifting, not only for the inmates that are in here, you could see some, you know, down on their knees in prayer, to even some of our teammates that were brought to tears, even his choir.”

“It was a very powerful moment,” Gonzalez added.

Say what you want about the man. But @kanyewest and his choir brought some light to people who needed it today at the Harris County Jail. pic.twitter.com/ornRlEldNP

“This is a mission, not a show,” West said during the performance.

West has been performing his “Sunday service” concerts regularly since the release of his album “Jesus Is King” last month.

He’s even coordinated with renowned pastor Joel Osteen to perform at his megachurch in Houston on Sunday.

This religious musical outreach to the black community is precisely why the left has been demonizing West in recent weeks, such as Comedy Central host Trevor Noah bashing the rapper for exposing the Democratic Party plantation and encouraging free thought.

Kanye West has rocked the religious world with his extremely popular “Sunday Service” invite only events. Leo Zagami gives his take on Kanye.