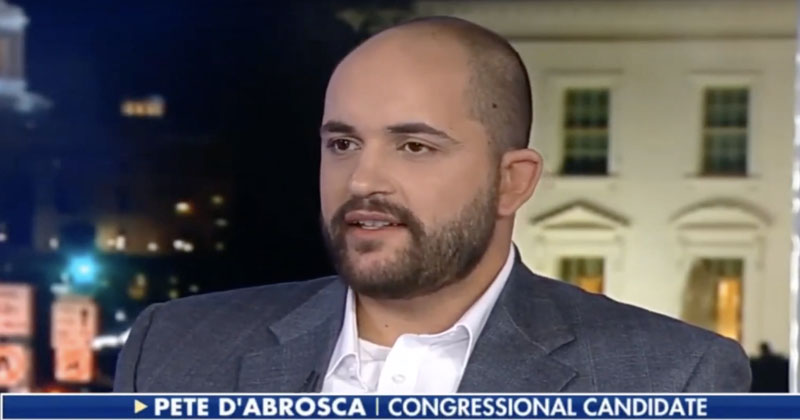 America First congressional candidate Pete D’Abrosca slammed Conservatism Inc for failing to “conserve anything” and called for a 10-year immigration moratorium in a must-see interview with Tucker Carlson on Friday night.

“About 200,000 people leave the United States every year. Bringing in 200,000 legal aliens would be fine, but the bottom line is we would like to have no population increase from legal immigration.”

“Well, those are the old party rules, Tucker,” D’Abrosca said. “There’s a new Republican party in town and it’s people like myself who are younger, and less controlled by the Conservative Inc. crowd and the political elites.”

“They’re going to attack you on a bunch of different levels for saying this,” Tucker acknowledged.

D’Abrosca went on to explain that the roughly one million legal immigrants brought into the country every year are having a profoundly negative impact on the not just the working class, but the middle class as well.

“Now, imagine being an ordinary American and going to college with the idea that there’s upward mobility in society, that you’re going to improve your life by going to college and taking on $100,000+ in student debt, and you get out of college and you’re competing with a foreigner for a computer engineering job.”

The smear merchants at Media Matters immediately went on the attack only to get mocked in response:

Today was a day of progress.

Visit my campaign site in the meantime: https://t.co/1zk0QIrnxQ

Nick Fuentes joins Alex Jones & Owen to talk about the sudden battle brewing between Republicans and conservatives over American values.