North Korean leader Kim Jong-un promised more small and big “gift packages” for “the US imperialists” while he was pleased to observe the first successful intercontinental ballistic missile (ICBM) test, according to the North’s official state media.

Lauding the DPRK’s scientists and pleased with the fact that Tuesday’s successful launch coincided with Independence Day in the US, Kim Jong-un called to “frequently send big and small ‘gift packages’ to the Yankees as ever so that they will not feel weary,” the Korean Central News Agency (KCNA) said, as cited by KCNA Watch on Wednesday.

The report added that Kim was “feasting his eyes” on the latest addition to the North’s arsenal before the test, calling it the final phase of “the protracted showdown with the US imperialists,” which can “demonstrate its mettle to the US which is testing its will in defiance of its warning.”

On Tuesday morning, Pyongyang claimed it had successfully launched its first intercontinental ballistic missile, Hwasong-14, which is capable of carrying a “large, heavy nuclear warhead.” The missile, which can reportedly strike the US mainland, was called “another brilliant victory of the Korean people in their struggle against the US-led imperialists.”

“The test-launch confirmed the features of the rocket’s blast-off from its launching pad and technological features of its guidance and stability system in its active-flight stages and structural system,” KCNA reported.

After the launch, Pyongyang said its Hwasong-14 ICBM flew some 933km in 39 minutes, reaching an altitude of 2,802km, according to state television.

However, there are different estimates of the range of the latest missile. The US military initially said the rocket was a land-based intermediate-range ballistic missile, which fell into the Sea of Japan (known in Korea as the East Sea) after covering more than 930km in 37 minutes.

Later in the day Washington changed its assessment, saying that Pyongyang’s rocket had a two-stage design which would allow the projectile to fly the range required to be classed as an ICBM.

Meanwhile the South Korean military confirmed that its northern neighbor tested a new ICBM, according to Yonhap.

On Tuesday, the Russian Defense Ministry stated that North Korea launched an intermediate range missile (IRBM), which flew some 535 kilometers, reaching an altitude of 510km, and fell into the Sea of Japan, according to its data.

The type of the missile determines the distance it can cover and thus whether it would be able to reach and strike the United States, which is treated as one of the top threats to North Korean security and vice versa. ICBMs can cover a distance of more than of 5,500km and can potentially hit the US, while IRBMs have a much shorter range and pose no threat.

The test launch triggered the world’s reaction, from world leaders’ statements to joint drills. On Tuesday, Moscow and Beijing called on North Korea to freeze its nuclear and missile programs, and at the same time urged the US and South Korea to abstain from holding war games in the region.

Despite the warnings, the US and South Korean militaries launched surface-to-surface tactical missiles into neutral waters, with the American side threatening to deploy and engage missile systems in case of further provocation from the North.

However, Pyongyang is apparently not planning to stop its nuclear and missile tests as long as Washington follows a “hostile policy” towards Pyongyang and poses a “nuclear threat.”

“The DPRK would neither put its nukes and ballistic rockets on the table of negotiations in any case nor flinch even an inch from the road of bolstering the nuclear force chosen by itself unless the US hostile policy and nuclear threat to the DPRK are definitely terminated,” state media KCNA said. 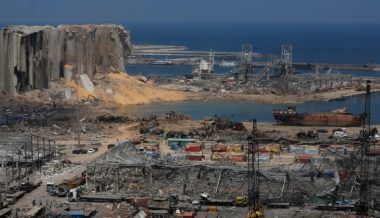