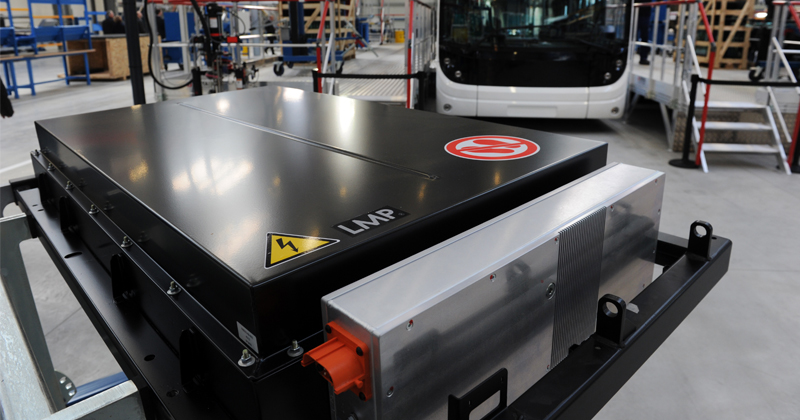 Nanoengineers at the University of California San Diego developed a safety feature that prevents lithium metal batteries from rapidly heating up and catching fire in case of an internal short circuit.

The team made a clever tweak to the part of the battery called the separator, which serves as a barrier between the anode and cathode, so that it slows down the flow of energy (and thus heat) that builds up inside the battery when it short circuits.

“We’re not trying to stop battery failure from happening. We’re making it much safer so that when it does fail, the battery doesn’t catastrophically catch on fire or explode,” said Gonzalez, who is the paper’s first author.

Lithium metal batteries fail because of the growth of needle-like structures called dendrites on the anode after repeated charging. Over time, dendrites grow long enough to pierce through the separator and create a bridge between the anode and cathode, causing an internal short circuit. When that happens, the flow of electrons between the two electrodes gets out of control, causing the battery to instantly overheat and stop working.

The separator that the UC San Diego team developed essentially softens this blow. One side is covered by a thin, partially conductive web of carbon nanotubes that intercepts any dendrites that form. When a dendrite punctures the separator and hits this web, electrons now have a pathway through which they can slowly drain out rather than rush straight towards the cathode all at once.

Gonzalez compared the new battery separator to a spillway at a dam.

“When a dam starts to fail, a spillway is opened up to let some of the water trickle out in a controlled fashion so that when the dam does break and spill out, there’s not a lot of water left to cause a flood,” he said. “That’s the idea with our separator. We are draining out the charge much, much slower and prevent a ‘flood’ of electrons to the cathode. When a dendrite gets intercepted by the separator’s conductive layer, the battery can begin to self-discharge so that when the battery does short, there’s not enough energy left to be dangerous.”

Other battery research efforts focus on building separators out of materials that are strong enough to block dendrites from breaking through. But a problem with this approach is that it just prolongs the inevitable, Gonzalez said. These separators still need to have pores that let ions flow through in order for the battery to work. As a consequence, when the dendrites eventually make it through, the short circuit will be even worse.

Rather than block dendrites, the UC San Diego team sought to mitigate their effects.

In tests, lithium metal batteries equipped with the new separator showed signs of gradual failure over 20 to 30 cycles. Meanwhile, batteries with a normal (and slightly thicker) separator experienced abrupt failure in a single cycle.

While this study focused on lithium metal batteries, the researchers say the separator can also work in lithium ion and other battery chemistries. The team will be working on optimizing the separator for commercial use. A provisional patent has been filed by UC San Diego.

Powerful Bowne report breaking down the latest on the coronavirus outbreak.