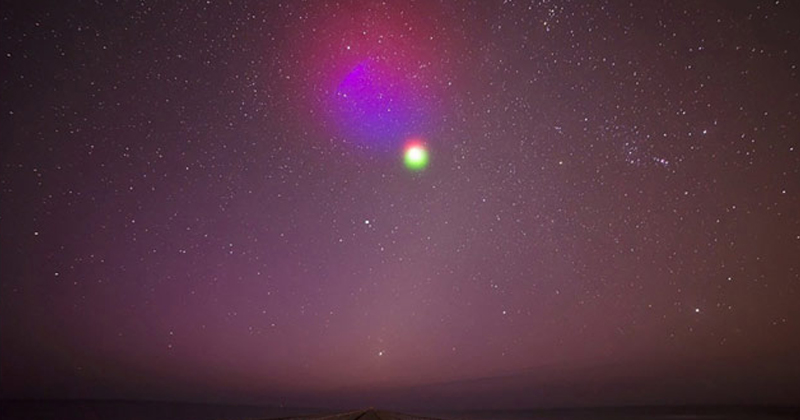 About five minutes after liftoff, a NASA rocket will spray barium, strontium and cupric-oxide vapor to form literal chemtrails in beautiful colors which can be seen from the East Coast.

“These clouds, or vapor tracers, allow scientists on the ground to visually track particle motions in space,” NASA officials revealed. “The clouds may be visible along the mid-Atlantic coastline from New York to North Carolina.”

“The NASA Visitor Center at Wallops will open at 8 p.m. on launch day for viewing the flight.”

The agency attempted the rocket launch earlier this month, but it was postponed until Monday due to various issues.

NASA is also encouraging smartphone users to download the “What’s Up at Wallops” app for the iPhone and Android to find out precise details for viewing the colorful show.

“If you are north of the launch site — say, in Washington, Philadelphia or New York — the clouds will appear in the lower southeastern sky,” reported CNN. “If you are to the south — in Norfolk, Virginia Beach or the Outer Banks of North Carolina — look toward the northeastern horizon.”

“Richmond and Charlottesville residents should be able to see the clouds directly to the east.”

Remember, it wasn’t long ago when federal agencies and the establishment media denied that chemtrails existed; now they’re quietly admitting that, yes, the government can create artificial clouds with various chemicals sprayed in the upper atmosphere.

First they deny something exists, then they quietly admit it while acting like it’s no big deal.

Back in 2015, for example, the Smithsonian Magazine admitted that chemicals from airplane contrails was likely affecting the climate.

“If you go outside on a clear day and look up toward the sun—being careful to block out the bright disk with your thumb—you might see a hazy white region surrounding our star,” the magazine stated. “This haze is caused by airplanes, and it is gradually whitening blue skies, says Charles Long of NOAA’s Earth System Research Laboratory in Boulder, Colorado.”

“’We might be actually conducting some unintentional geoengineering here,’ Long said at a press conference this week at the American Geophysical Union Fall Meeting in San Francisco.”