With two days to go, Obama’s odds of winning re-election have reached their highest level ever, according to New York Times polling guru Nate Silver.

Betting markets Intrade and Betfair also show the President maintaining a solid lead, though with much less conviction.

These assessments come despite the continued release of some polls that look good for Romney. The difference between the national polls and the betting markets, some polling experts say, is that the national polls focus on the popular vote, whereas Silver’s odds focus on state-by-state polls aimed at determining the winner of the electoral college and, with it, the Presidency. Nate Silver’s model also averages hundreds of polls.

Nate Silver is so confident in his polling model that he publicly offered to bet MSNBC host Joe Scarborough who would win the election. Scarborough, who maintains that the election is a “toss-up,” has not accepted the challenge.

Let’s go to the data…

First, Nate Silver now gives Obama 85% chance of reelection. That’s up from a post-first-debate low of ~60% three weeks ago, and it’s higher than the 80% previous all-time peak Obama hit just before the first debate.

On Intrade, meanwhile, Obama’s odds are now at 63%, a drop of a few points from yesterday, back in a range in the low 60s where they’ve been for the last few weeks.

And, on Betfair, Obama’s odds are holding above 75%.

In short, in everything but some of the national polls, Obama has a strong lead heading into the last two days of the race. 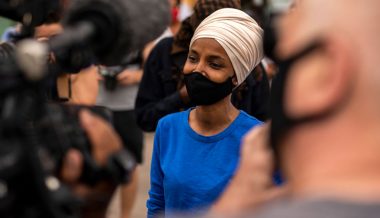