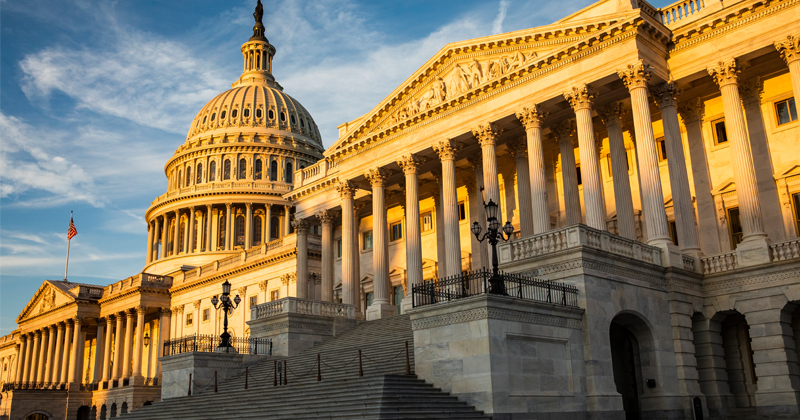 The US national debt increased by a staggering $814 billion between Aug. 1 and Oct. 6, according to Treasury Department data.

That represents a 4% increase in the debt — in just a little over two months.

The Treasury Department is on a borrowing spree making up for lost time. The national debt pushed through the $22 trillion mark in February but then held relatively steady for several months. This was not the result of sudden government frugality. It was due to Uncle Sam running up against the debt ceiling. That put the temporary nix on borrowing. But the bipartisan budget deal agreed to in July suspended the debt ceiling for two years and allowed the borrowing train to get back on the tracks. The national debt surged $291 billion in just one day (Aug. 2).

This was the same deal that will increase discretionary spending from $1.32 trillion in the current fiscal year to $1.37 trillion in fiscal 2020 and then raises it again to $1.375 trillion the year after that. The deal will allow for an increase in both domestic and military spending. Apparently, the debt crossing the $22 trillion threshold didn’t set off any warning bells in Washington D.C. because there was virtually no attempt to rein in the spending.

According to the Congressional Budget Office estimate, the FY2019 budget deficit came in just a hair under $1 trillion at $984 billion. That amounts to 4.7% of GDP, the highest percentage since 2012. It would be the fourth consecutive year in which the deficit increased as a percentage of GDP. The debt-to-GDP ratio is estimated to have increased a hefty 26% over last year.

The Treasury Department will release its official deficit numbers later this month.

A Washington Examiner article on the 2019 deficit put things into perspective.

“The federal budget deficit is big by historical standards, and federal debt is expected to rise significantly in the years ahead, to the largest size relative to the economy since World War II. Economic growth is also expected to slow slightly in the years ahead. Federal Reserve Chairman Jerome Powell and other mainstream economists have said the government’s fiscal course is not sustainable.” [Emphasis added]

Not sustainable. Last time I checked, that means this can’t keep going on and on. And yet Congress and the president just keep plunging forward, kicking the can down the road.

There are some economists – i.e. Paul Krugman – who say we don’t really need to worry about the debt because “it’s money we owe ourselves.” The Keynesian posterchild even called for more government spending to boost demand. Even setting aside the fact that the US owes nearly 40% of the debt to foreigners, economist Robert Murphy shows that even if we did owe all of the money “to ourselves” it’s still a significant problem.

The out of control spending and spiraling deficits are concerning enough on their own terms, but they become absolutely horrifying when you consider that these budget shortfalls are happening during a period of economic expansion. You would normally expect numbers like this during a major recession.