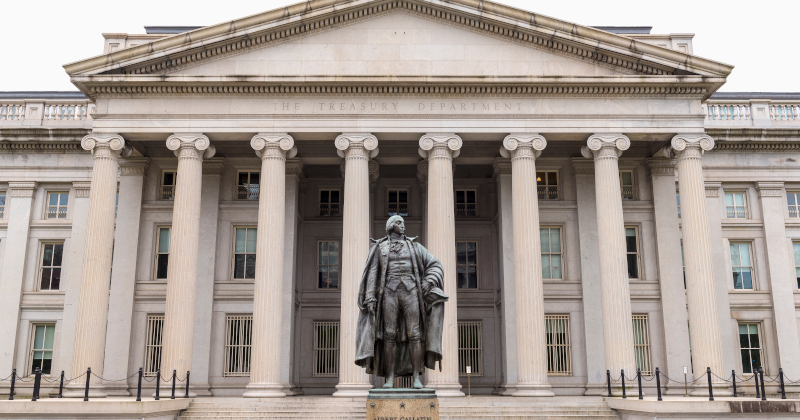 The United States’ national debt total has exceeded $26 trillion for the first time in US history, Treasury data revealed.

The data published on Wednesday showed that as of this week the United States’ debt sits at $26,003,751,512,345 as the nation grapples with economic relief from the novel coronavirus pandemic.

The US government has provided up to $5 trillion in coronavirus relief since March. The Coronavirus Aid, Relief and Economic Security (CARES) Act was passed on 27 March and included $2 trillion, while the $3-trillion Health and Economic Recovery Omnibus Emergency Solutions (HEROES) Act adopted in May.

Earlier on Wednesday, the Treasury Department published a monthly report showing that the federal government budget deficit for the first eight months of the current fiscal year, which started on 1 October 2019, has reached $1.88 trillion – already higher than any full fiscal year 12-month deficit in US history.

That eight-month deficit more than doubled the $738.6 billion deficit for the same period in the fiscal year 2019, the report read.

The debt has risen dramatically over the past few years, with a major spike amid the lockdown crisis in the first half of 2020.

According to the Peter G. Peterson Foundation, the United States spends $1 billion every day on the interest alone.