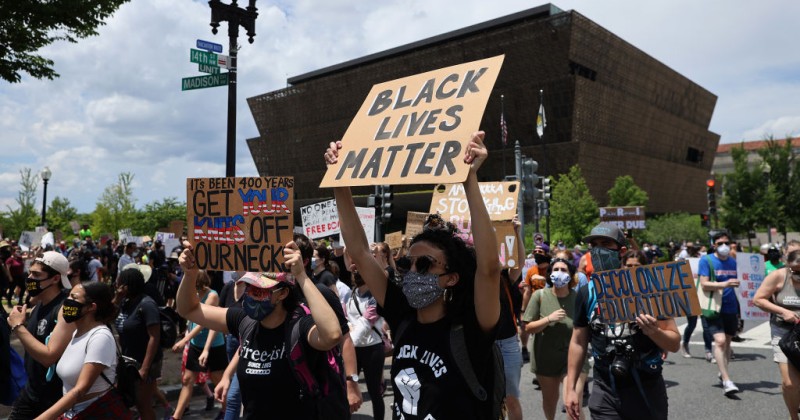 The National Museum of African American History and Culture (NMAAHC) has published a guide which asserts that hard work, the nuclear family and Christianity itself are negative forms of “whiteness” that should be reconsidered because they are “oppressive”.

The (NMAAHC) is a Smithsonian Institution museum located on the National Mall in Washington, D.C. The museum’s guide to “whiteness & white culture” lists examples of “white dominant culture” that have become “normalized” in America and are used to prevent people of color from gaining institutional power.

That list is by no means exhaustive either. They detail a number of other perfectly healthy examples of what builds a strong society, suggesting that all of these things are oppressive in some way and are linked to white nationalism and white supremacy.

Perhaps someone should inform the museum that 40-45% of people in Africa are Christians, the vast majority of whom are black. Would they agree that Christianity and the nuclear family are malevolent forms of “whiteness” that need to be abolished?

This is yet another clear sign that the entire Black Lives Matter movement, which is stridently supported by virtually every major cultural, media and corporate institution in America, is based on completely demolishing everything that made America great in the first place.

Donald Trump Jnr. responded to the guide by tweeting, “These aren’t “white” values. They’re American values that built the world’s greatest civilization. They help you succeed here, no matter your color. So make no mistake, Biden’s radicals aren’t coming for “whites,” they’re coming for the entire American way of life.”

Important: These aren’t “white” values. They’re American values that built the world’s greatest civilization. They help you succeed here, no matter your color. So make no mistake, Biden’s radicals aren’t coming for “whites,” they’re coming for the entire American way of life. https://t.co/L97NBydHpb