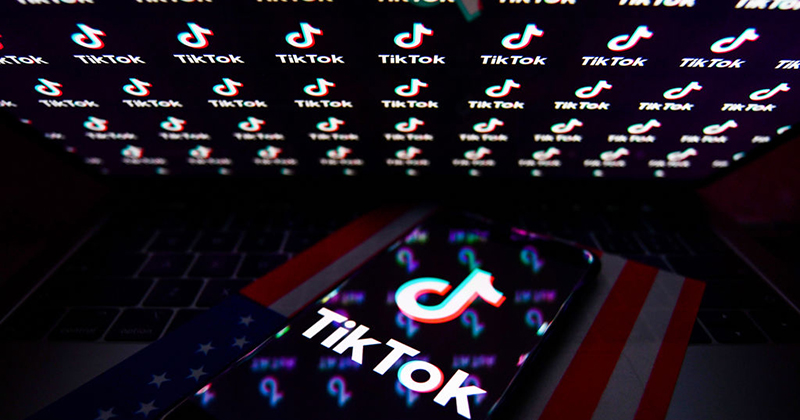 US President Donald Trump has issued a series of executive orders addressing what he dubbed a technological national emergency, barring all transactions with the Chinese owners of social media apps TikTok and WeChat after 45 days.
Citing the “threat posed by TikTok,” the president signed an order on Thursday prohibiting “any transaction by any person…  subject to the jurisdiction of the United States, with ByteDance Ltd.,” the Beijing-based tech firm that owns the platform.

BREAKING: President Trump just issued an executive order "on Addressing the Threat Posed by TikTok." It takes effect in 45 days, prohibits "any transaction" with ByteDance, the Chinese company that owns TikTok, and will almost certainly face legal challenges. pic.twitter.com/Ma9XOfYgOB

The spread in the United States of mobile applications developed and owned by companies in the People’s Republic of China continues to threaten the national security, foreign policy, and economy of the United States,” the White House said in a release announcing the order, noting the ban would take effect in 45 days.

At this time, action must be taken to address the threat posed by one mobile application in particular, TikTok.

Moments after the release of the order targeting TikTok, a second measure was announced taking aim at Chinese messaging app WeChat. The White House accused the platform’s owner, Tencent Holdings Ltd., of gobbling up American data, also banning all transactions with the firm after a period of 45 days.

“Like TikTok, WeChat automatically captures vast swaths of information from its users. This data collection threatens to allow the Chinese Communist Party access to Americans’ personal and proprietary information,” the second order said, adding that the app also facilitates spying on Chinese citizens.

In addition, the application captures the personal and proprietary information of Chinese nationals visiting the United States, thereby allowing the Chinese Communist Party a mechanism for keeping tabs on Chinese citizens who may be enjoying the benefits of a free society for the first time in their lives.

After that 45-day period, the Secretary of Commerce will identify particular transactions the government wishes to block, according to the order.

The move comes after a previous threat from the administration to rein in the Chinese firm, with Trump vowing to ban it from the country outright late last week, saying he could sign an executive order or invoke emergency economic powers to do so. Thursday’s measure appears to have done both, as it cites the 1977 International Emergency Economic Powers Act, among other executive authorities.

The aggressive moves toward TikTok have provoked harsh reactions in Beijing, with the state-backed China Daily newspaper accusing the US of a “smash and grab” operation to steal the firm from its owners in Beijing.

Though TikTok’s general manager Vanessa Pappas said the company had no plans to vacate the US, it reportedly held negotiations with Microsoft for a potential buy-out in recent weeks, thought by some to be an attempt to skirt any coming ban on the firm by passing ownership to an American corporation.

Washington and Beijing have become embroiled in a steadily escalating war of words and diplomacy in recent months, with the US booting Chinese officials from a consulate in Texas in July, citing the alleged theft of US data. The People’s Republic later responded in kind by shuttering a US consulate in Chengdu. Moreover, amid a lingering trade spat which nearly escalated into a tariff war last year, the Trump administration has also taken aim at Chinese telecom giant Huawei, similarly accusing the firm of threatening American intellectual property and data privacy.