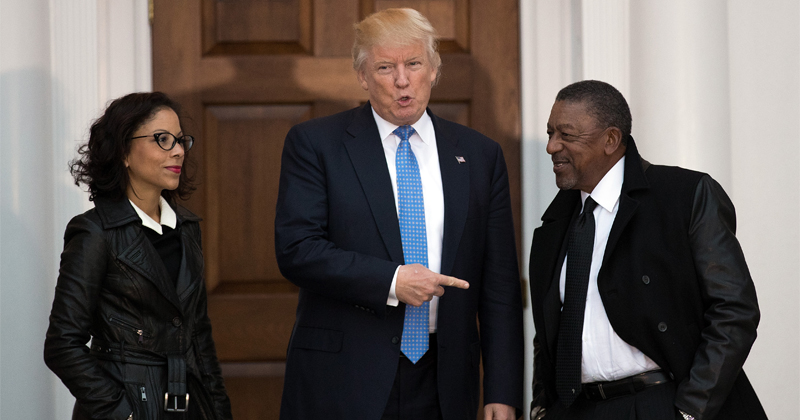 At a moment major American cities are loosing hundreds of millions by the day in rampant destruction during nightly George Floyd protests, the man celebrated as the nation’s first black billionaire has called for trillions in ‘reparations’ for slavery.

“Wealth transfer is what’s needed,” 74-year old Robert Johnson, founder of Black Entertainment Television (BET) said in a CNBC interview Monday. “Think about this. Since 200-plus-years or so of slavery, labor taken with no compensation, is a wealth transfer. Denial of access to education, which is a primary driver of accumulation of income and wealth, is a wealth transfer.”

Though no longer on the Forbes billionaires list following the 2001 sale of BET to Viacom for a whopping nearly $3 billion, Johnson is currently estimated to be worth over $600 million. Perhaps this is why he wants to “go big” in terms of a figure: he said the US federal government should pay out $14 trillion in reparations, or “damages that are owed” as he put it.

He described what would in effect be the “affirmative action program of all time”:

“Damages is a normal factor in a capitalist society for when you have been deprived for certain rights,” he said. “If this money goes into pockets like the [coronavirus] stimulus checks… that money is going to return back to the economy” in the form of consumption. There will also be more black-owned businesses, he added.

“Now is the time to go big.” BET founder Robert Johnson calls for “full and complete” reparations for descendants of slaves. pic.twitter.com/6CoR51OIXL


We doubt federal authorities, or the majority of Congressional leaders, will seriously consider handing out ‘reparations payments’ anytime soon, considering buildings and entire city streets are on fire, as large-scale looting continues in a surge of “everything’s free! mentality, to the frustration of many activists.

Even national monuments in D.C. are reportedly under threat by vandalizing mobs. And in some cities, both black-owned businesses as well as even civil rights-related sites and museums have not escaped unscathed.

Proof that the looters don't care about racial justice. They just vandalized the International Civil Rights Museum in Greensboro, NC. This is where the "Greensboro 4" started the desegregation movement in NC with a peaceful sit-in protest. See: https://t.co/nWaBg7aDZL pic.twitter.com/MbuMBcZDnB


And as a case in point of the contradictory and chaotic aims of the street demonstrations, a local NBC affiliate confirmed that in Greensboro, North Carolina the International Civil Rights Center and Museum was vandalized.

“I’m talking about cash. We are a society based on wealth. That’s the foundation of capitalism.”

This also as following the first round of coronavirus stimulus check payments paid out directly to American by the IRS, a Democratic Congressional push for further and larger payments has been stalled.

Some analysts have theorized that if the helicopter money dries up, people will further take to the streets. That could be a key element behind some of the chaotic mayhem being unleashed now.