It’s been a wild past few weeks when it comes to corporations caving to the demands of informed consumers and activists. From Chipotle removing GMOs from their food, to Pepsi ditching aspartame after public outcry. Now, Tyson Foods wants some of the action.

According to their latest release, the largest poultry producer in the nation is set to stop feeding its chickens antibiotics that are traditionally used for people by 2017. You know, like using a jackhammer on a cockroach inside your home. It’s something that most chicken producers are moving towards as most people become aware that they’re eating their way into antibiotic resistance and disease. And now, Tyson Foods is catching up.

At least partially. As NPR reports:

“Tyson still will use a class of antibiotics called ionophores that are not used to treat humans. If bacteria develop resistance to ionophores, doctors don’t care, because they never use ionophores anyway.”

Tyson is the leading supplier for McDonald’s, which also announced a couple months ago that it will be ‘limiting’ its use of antibiotics in chicken. The key word in Tyson’s press release on the subject here though is ‘human.’ These are antibiotics given to chickens that are intended for human beings, and we’ve seen the effects of such farming practices.

Let’s flashback to the Purdue farmer who revealed in a viral video I shared with you months ago the true extent to which these chickens are bred into disease. Chickens that end up on your dinner plate, loaded with antibiotics and who knows what else. Checkout the video below:

As a contractor for Perdue, farmer Craig Watts states in the video that he is contractually obligated to ensure that the chickens destined for your dinner table do not receive any form of sunlight or fresh air. In addition, the chickens are forced to lay not only on their own bed of feces, but feces that has accumulated for around the past year. This is because the floors are not cleaned between each import of new chickens, leading to thick layers of feces, other bodily fluids, limbs, and other items accumulating to the point where the underbellies of the chickens are worn red and their feathers are rubbed clean off.

Is it any wonder that around 97% of all chicken products have been found to be tainted with harmful bacteria? Instead of dosing chickens with mega antibiotics in any form, perhaps we should be more concerned with them sleeping on piles of their ancestors’ feces. 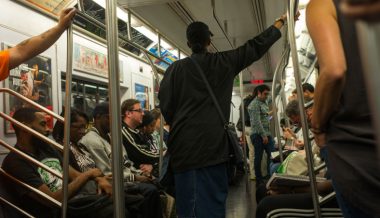 Is Coronavirus A Manmade Depopulation Weapon?