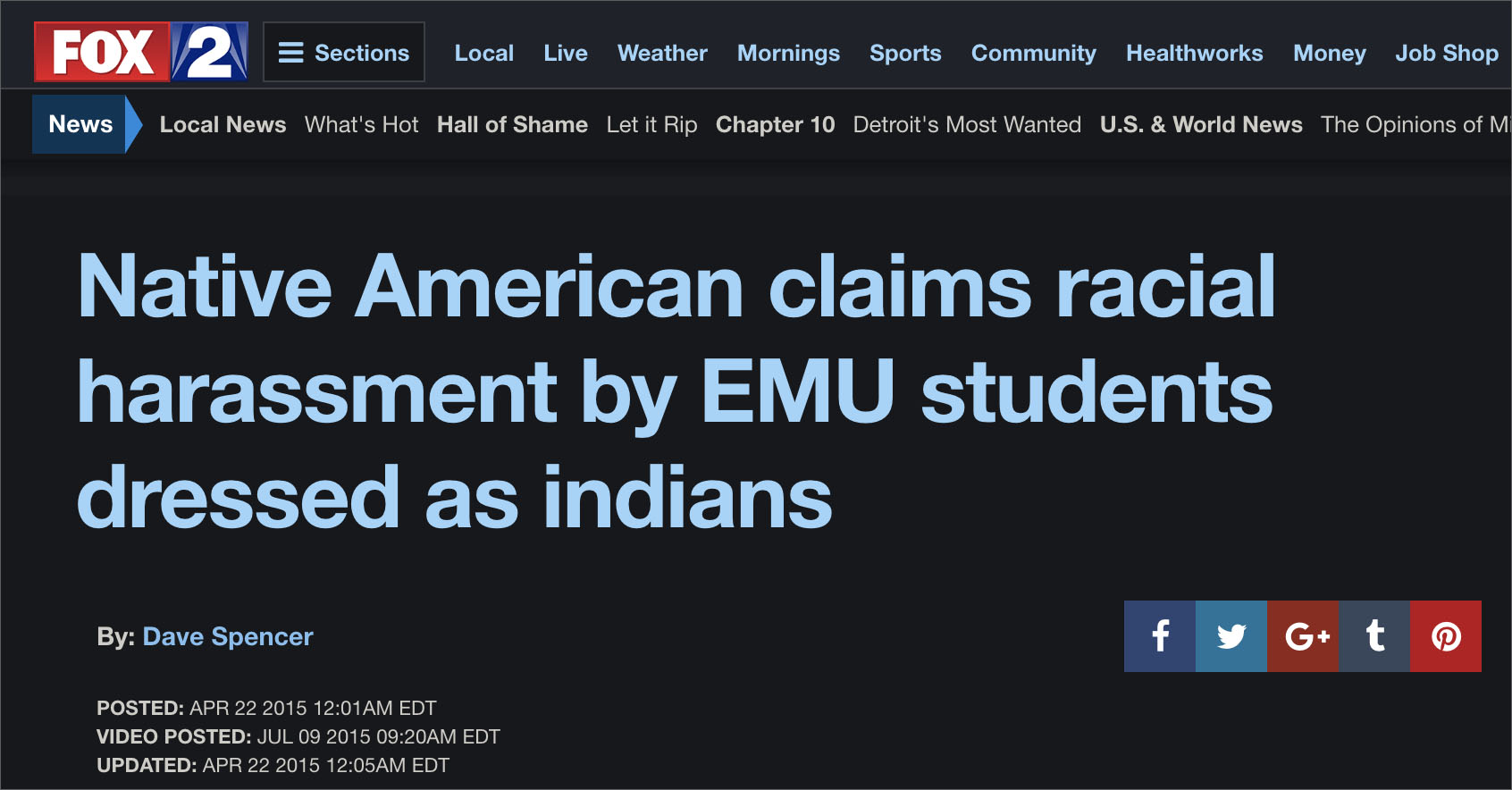 A Native American activist who falsely claimed “harassment” by a group of pro-Trump Catholic school students has a history of feigning outrage to stoke racial tensions.

Several video feeds surfaced over the weekend showing activist Nathan Phillips banging a drum in front of a group of students outside the Lincoln Memorial for the pro-life march, which the mainstream media then claimed was an act of racism by the students.

As liberal figures and publications backtrack their accusations in light of additional video showing the full picture, more information is coming to light about Phillips and his history of “drumming up” racial division.

In 2015, Phillips accused a group of Eastern Michigan University students of racism after confronting them for wearing Native American garb for a theme party.

“For me just to walk by and have a blind eye to it,” he told local media. “Something just didn’t allow me to do it.”

“They had their face painted,” he added. “I said what the heck is going on here. ‘Oh we are honoring you.’ I said no you are not honoring me.”

Additionally, the media is reporting that Phillips served as a Vietnam veteran, but the validity of those reports remain in question given Phillip’s claim that he was a “Recon Ranger” is a nonexistent operational force.

#NathanPhillips Claims to have been a "Recon Ranger" in Vietnam. https://t.co/6wmcPveB5i As a servicemember, let's break this down: There is no such thing as a "Recon Ranger". Closest is the 75th Ranger Regiment Reconnaissance Company, established 1984. Way after 'Nam. [1/11]

Phillips also made his politics known in 2012 when he appeared in a Skrillex music video called “Make It Bun Dem,” which demonizes law enforcement.

In further evidence that Phillips supports the left’s agenda, he also protested the Dakota Access Pipeline at the Standing Rock reservation in 2018.

MSM including NPR, ABC, CBS, and NBC claim a group of school children harassed a group of native American, black, and minority adults when the footage shows the opposite actually occurred. Alex breaks down the propaganda campaign by MSM to smear Trump supporters as hateful.