NATO has been increasing its naval presence in the Black Sea during the recent several days.

“The US Navy destroyer USS McFaul, which is currently docked in the Georgian port of Batumi, carries about 50 Tomahawk cruise missiles on board. They are outfitted with nuclear warheads and are meant to hit ground targets. The remaining NATO ships are currently concentrated in the northern part of the Black Sea,” a source in the military intelligence of the Russian Federation said.

He added that other NATO ships drifting in the Black Sea were armed with 64 anti-ship Harpoon missiles and about eight helicopters.

Washington insists that the ships, which appeared near Georgia’s shores, have been deployed there in accordance with George W. Bush’s decision, who ordered to deliver humanitarian aid to the Georgian military. Other NATO warships – Germany’s Luebeck, Spain’s Adm. Juan de Bourbon and Poland’s General K. Pulaski arrived to the shores of Bulgaria and Romania to participate in the military exercise that was scheduled along ago and has nothing to do with the conflict in Georgia.

“It is strange that such a large group of NATO warships has arrived for a joint exercise with Bulgaria or Romania. Usually, only one or two warships participate in such exercises, so the attempts to substantiate the presence of the naval group with a military exercise does not withstand any criticism,” the source said.

“It is clear that all statements made by the political and defense administration of NATO members are accompanied with outspoken militarist demarches. The use of nuclear weapons by NATO ships in the Black Sea is out of the question. The conventional weapons, which the NATO naval group has in the region, are more than enough to achieve any defense goals, which can be exemplified with Yugoslavia,” the source said.

The port of Batumi is the only port, which US warships can access on the Georgian territory. The port of Poti, which is larger and more convenient, remains under the control of Russia’s troops.

Russia’s President Dmitry Medvedev said in an interview with Al-Jazeera in Sochi that Russia’s recognition of Abkhazia and South Ossetia had only one goal – to help the people living in the two republics.

“There are no other motives in our actions,” Medvedev said answering the question about Russia’s possible intention to destabilize the government of Mikhail Saakashvili and change the political regime in the country, RIA Novosti reports. 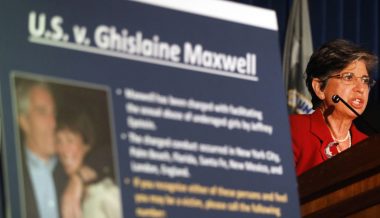