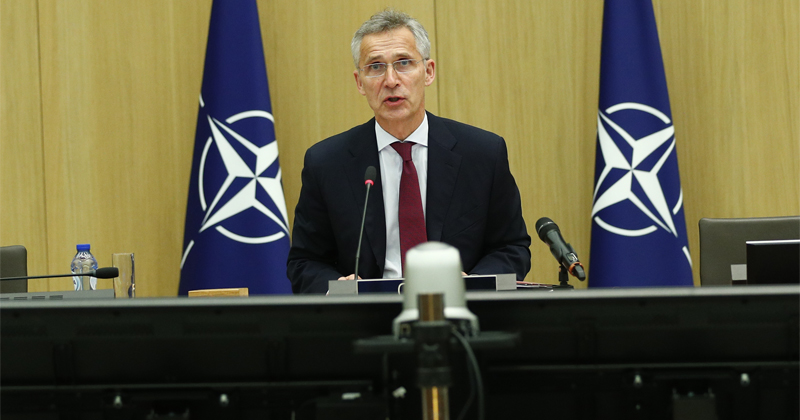 NATO is looking into a run-in between the French and Turkish navies, the alliance’s chief Jens Stoltenberg has said. The incident occurred when a French vessel attempted to check a ship suspected of smuggling arms to Libya.

“We have made sure that the NATO military authorities are investigating the incident to bring full clarity into what happened,” NATO Secretary General Stoltenberg said on Thursday.

France has publicly called out fellow NATO member Turkey for its actions, claiming that Ankara’s frigates were acting “extremely aggressive” towards one of its naval vessels.

The French ship tried to check a “suspicious” freighter, believed to be smuggling arms into Libya in violation of a UN embargo. But the cargo vessel, which was escorted by two Turkish frigates, tried to conceal its credentials and refused to say where it was going, while the warships directed their radars at the French ship.

After the incident, Paris accused Ankara of violating the embargo and fueling the Libyan conflict.

“The main obstacle to the establishment of peace and stability in Libya today lies in the systematic violation of the UN arms embargo, in particular by Turkey, despite the commitments made in Berlin,” the French Foreign Ministry said.

Turkey denied all the accusations, insisting that the French had sought to search the vessel in international waters, which “was not permitted.” It also blamed Paris for “exacerbating” the crisis in Libya by supporting the so-called Libyan National Army (LNA) led by Field Marshal Khalifa Haftar against the UN-backed Government of National Accord (GNA) – which Ankara overtly backs.

Paris, however, maintains that it does not support any of the warring parties, but wants them to enter a truce.