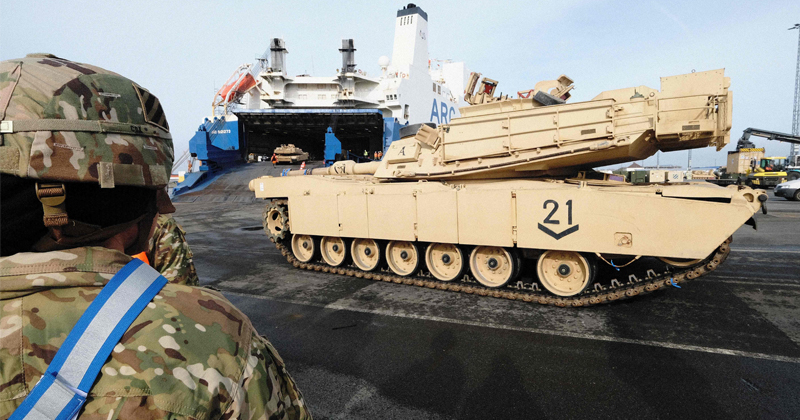 NATO has ignored Moscow’s proposal to jointly put military exercises on hold while the world is dealing with the deadly Covid-19 pandemic.

The US-led military bloc’s spokesperson, Oana Lungescu, told the paper that NATO’s exercises are purely defensive and proportionate, while the enhanced posturing near Russia’s western borders is a response to Moscow ramping up its military potential in the Baltic Sea region.

Russian Deputy Foreign Minister Sergey Rybakov called NATO’s response “disappointing.” The Western bloc has “withdrawn to their close-minded positions, which they have been traditionally holding, and are adhering to regardless to the pandemic or Russia’s [new] proposals,” he noted.

The raging pandemic forced many countries to drastically alter their war games schedule, reducing the scope of many planned drills or cancelling them.”
Last week, Lavrov announced that the nation’s military is “scaling down their exercises, and does not plan any exercises near the NATO’s borders.”

NATO, meanwhile, has significantly scaled-down – but not stopped – its US-led Defender-Europe 20 war games, which were designed to be the alliance’s biggest joint exercise on the European continent since World War II, originally involving more than 37,000 troops.

Moscow has long been saying that the foreign military buildup along its borders is a threat to its security and undermines stability in Europe. NATO, in turn, has been calling on Moscow to revise the Vienna Document 2011 – an agreement that outlines the confidence-building measures, transparency, and third-party monitoring of military drills. Russia insists that minor changes will not resolve the current tensions but rather “legitimize” them.

Ryabkov stressed that if the Western bloc wants to improve the security situation in Europe, it should not only issue demands but also offer something “interesting to Russia in terms of maintaining its own national security.”