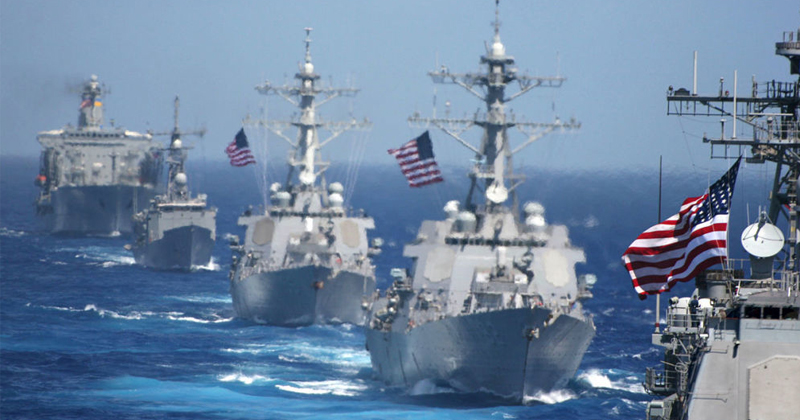 The Navy chief’s predecessor, Richard Spencer, argued that while the goal to have a larger fleet was “aspirational”, ensuring the full capability of the existing one was much more important.

Acting US Navy Secretary Thomas Modly has announced plans to pursue the goal of increasing the country’s fleet to 355 ships, an aim first set by President Donald Trump during the 2016 campaign, Defence News reported citing his public comments and an obtained internal Navy memo.

“[Three hundred and fifty-five ships] is stated as national policy. We have a goal of 355; we don’t have a plan for 355. We need to have a plan, and if it’s not 355, what’s it going to be and what’s it going to look like?” Modly elaborated during his speech at the US Naval Institute Defence Forum on 5 December.

The acting Navy chief stated in the memo that he wants to achieve this goal by 2030. He also noted that the desired fleet of 355 ships will include, among other things, “unmanned underwater vehicles, and unmanned surface vehicles”.

Modly admitted the possibility that the Navy will have to fight for funds from the Pentagon in order to make the 355-strong fleet a reality, alleging that the military should probably scale back on its urge to get as many hypersonic weapons as they can.

“We ought to be lobbying for that and making a case for it and arguing in the halls of the Pentagon for a bigger share of the budget if that’s what is required […] How many more hypersonics are we going to need? Where are we going to put them? These are long-term investments that we will have to make, but we have to get our story straight first”, he reportedly opined.

The statements by the acting Navy chief were echoed by US National Security Adviser Robert O’Brien, who stated that President Donald Trump was serious about boosting the Navy’s fleet, which currently has only 292 ships at its disposal. He added that the 355 goal must be reached “not decades from now”, but much sooner.

Modly’s predecessor, Secretary of the Navy Richard Spencer was more sceptical about Trump’s pledge, first made during the 2016 election campaign. While he called it an “important aspirational goal”, the former Navy chief opted for ensuring the existing’s fleet’s “maximum capability” instead. Spencer’s Vice Chief of Naval Operations Robert Burke went even further, saying that the Navy’s current funding allows to properly maintain a fleet of around “305 to 310 ships”, but no more.