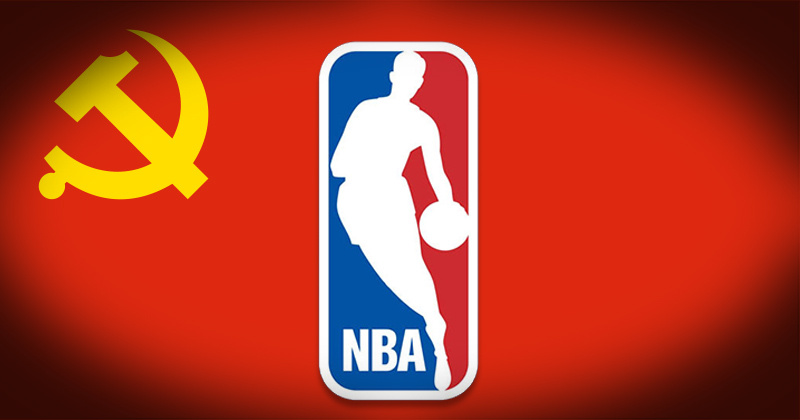 The NBA has publicly apologized to Communist China after Houston Rockets general manager Daryl Morey tweeted out support for Hong Kong protesters, but the league has no issue with their employees regularly criticizing President Trump. 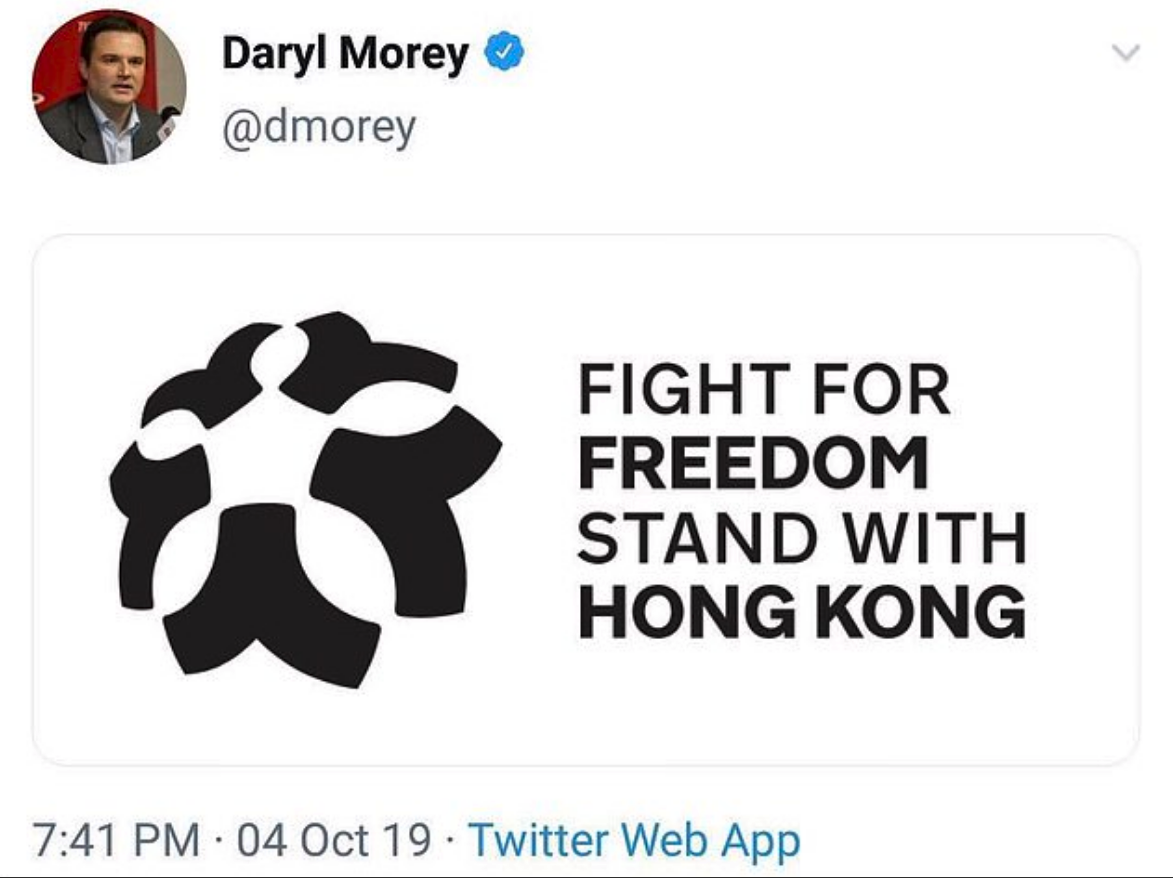 While NBA players, coaches and staff should be allowed to voice their opinions, it is worth noting that praising pro-Democracy, pro-America demonstrators fighting back against an authoritarian regime is deemed “regrettable” by the league, while calling the sitting president a “bum,” a “clown” and “soulless coward” is acceptable behavior.

The NBA released the following statement in response to the tweet:

We are extremely disappointed by the inappropriate remarks made by Houston Rockets general manager Daryl Morey, who has undoubtedly seriously hurt the feelings of our Chinese fans. Morey has now clarified that his comments do not represent the position of the Rockets or the NBA. Under the values of the NBA, people can examine topics they find deeply interesting and share their own opinions on matters. We have great respect for China’s history and culture, and hope that sports and the NBA, can be used as positive energy for unity, and continue to be help build a bridge for international cultural exchanges and bring people together.

“We apologize. You know, we love China, we love playing there. For both of us individually, we go there once or twice a year,” Rockets star James Harden told the press.

He continued, “They show us the most important love. We appreciate them as a fan base. We love everything there about them and we appreciate the support that they give us individually and as an organization.”

Even Morey succumbed to the communist government, saying, “I did not intend my tweet to cause any offense to Rockets fans and friends of mine in China.”

1/ I did not intend my tweet to cause any offense to Rockets fans and friends of mine in China. I was merely voicing one thought, based on one interpretation, of one complicated event. I have had a lot of opportunity since that tweet to hear and consider other perspectives.

2/ I have always appreciated the significant support our Chinese fans and sponsors have provided and I would hope that those who are upset will know that offending or misunderstanding them was not my intention. My tweets are my own and in no way represent the Rockets or the NBA.

One might ask why the NBA, the Houston Rockets, Morey and several players immediately buckled to the Chinese, and the answer is simple: Money.

Ming is the chairman of the Chinese Basketball Association, who severed ties with the Rockets due to the tweet.

Chinese state broadcaster CCTV and Tencent Holdings, who stream NBA games in China, have both suspended Rockets broadcasts in response to the pro-Hong Kong message.

Team sponsors such as sportswear brand Li Ning and the Shanghai Pudong Development Bank have also cut ties with the franchise.

The one positive to come out of this absurd kowtowing to a communist dictatorship is that Americans from both political aisles are speaking out.

As a lifelong @HoustonRockets fan, I was proud to see @dmorey call out the Chinese Communist Party’s repressive treatment of protestors in Hong Kong.

Now, in pursuit of big $$, the @nba is shamefully retreating. https://t.co/7waMde5KrM

We’re better than this; human rights shouldn’t be for sale & the NBA shouldn’t be assisting Chinese communist censorship.

Meanwhile, Texas Democrat and presidential hopeful Beto O’Rourke said, “The only thing the NBA should be apologizing for is their blatant prioritization of profits over human rights.”

The only thing the NBA should be apologizing for is their blatant prioritization of profits over human rights. What an embarrassment. https://t.co/bbiwCBTwc1

Many other prominent politicians and public figures representing multiple ideologies spoke out against the league for buckling:

NBA players have no problem speaking out on politics & social issues in America.

But they apologize to #China for a pro democracy tweet from an @NBA team executive.

No one should implement a gag rule on Americans speaking out for freedom.

I stand with the people of Hong Kong in their pursuit of democratic rights.

I stand with Americans who want to voice their support for the people of Hong Kong.

The NBA is covering for China—pathetic. Just like Hollywood. “NBA chief communications officer said the league recognizes that Morey’s tweet ‘deeply offended many of our friends and fans in China, which is regrettable.’” https://t.co/IePyc5Mkwy

We must put human rights above profit. And that means standing with #HongKong. The NBA’s refusal to denounce Communist China is shameful.

I'm requesting a meeting with @NBA Commissioner Silver to discuss the importance of supporting the brave individuals fighting for freedom. pic.twitter.com/ky21Qhw6HT

China is using its economic power to silence critics—even those in the U.S.

The United States must lead with our values and speak out for pro-democracy protestors in Hong Kong, and not allow American citizens to be bullied by an authoritarian government. https://t.co/87U4jgsAAp