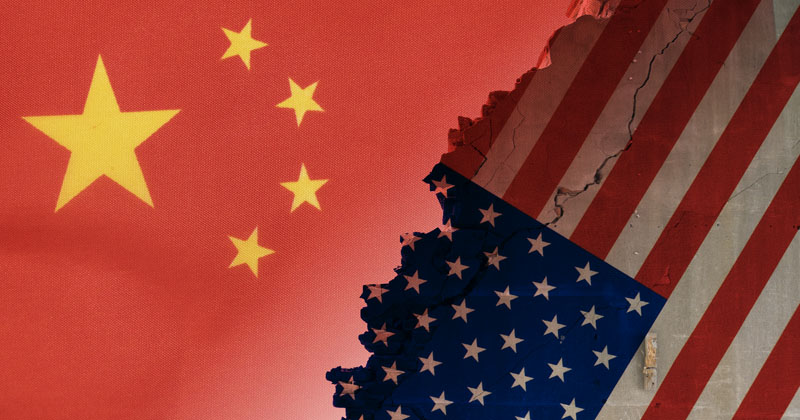 An editorial on NBC News blamed the freedoms of the United States while also lauding Communist China’s authoritarian system over how both countries dealt with the coronavirus outbreak within their respective nations.

In an op-ed titled, “Coronavirus in China kept me under quarantine. I felt safer there than back in the U.S.“, author Tony Perman, an associate professor of music at Grinnell College, contrasted China’s swift response to coronavirus under its communist system with the United States framework of individualism and personal responsibility, suggesting the U.S. would be better suited to tackle the COVID-19 outbreak if it adopted more authoritarian measures.

“I’ve now lived through a coronavirus quarantine in the two countries, and the differences are stark well beyond their airports…Rightly or wrongly, the Chinese state’s heavy-handed approach seemed to work,” Perman wrote. 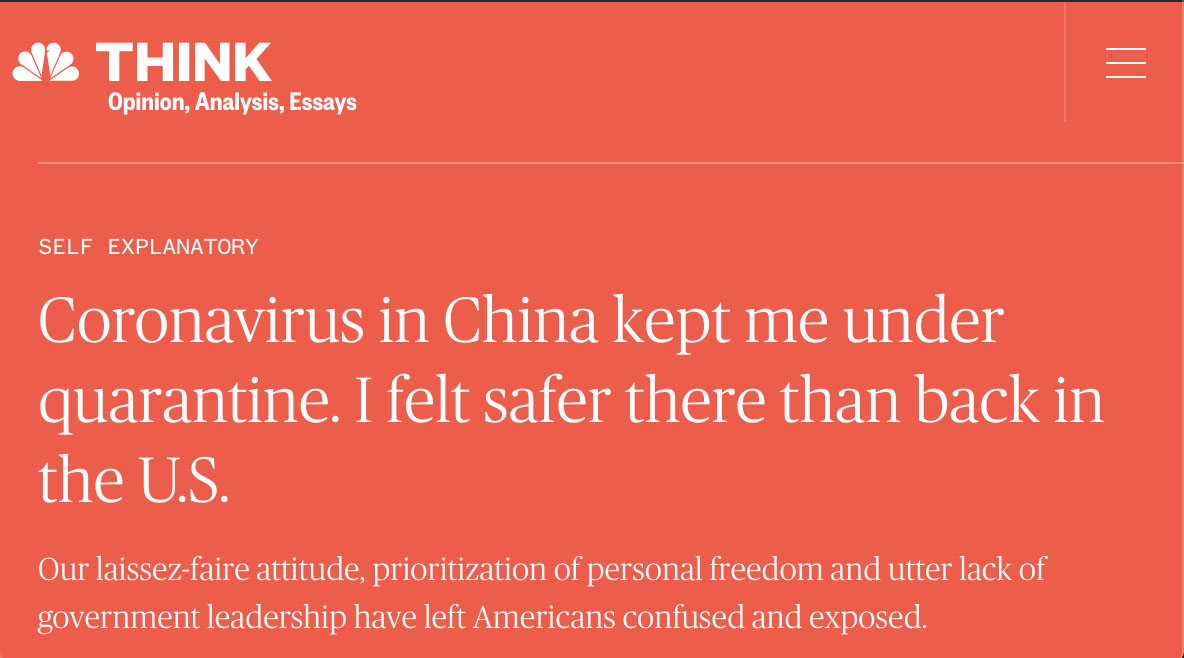 “In contrast, individual liberty is the engine that drives American exceptionalism. There are certainly valid questions about how much of it to sacrifice in the name of the public good, but our laissez-faire attitude, prioritization of personal freedom and utter lack of government leadership have left Americans confused and exposed.”

Perman then praised China’s collectivist culture, claiming Americans should learn how to sacrifice some of their rights.

“There are lessons to be learned from the Chinese people if not its leadership, including that everybody must accept their own responsibility, vulnerability and complicity — sacrificing ‘rights’ for the collective good — or many of us will die.”

Perman went on to say he was “loathe” to give China credit based on its communist system — before eagerly commending it.

“I am loathe to credit this response to some kind of ingrained ‘collectivism’ that has developed during decades of Communist Party rule, but the communal buy-in to the need for universal behavior change was astonishing,” Perman wrote.

“Certainly the reality of authoritarian control, the subservience of the individual to the state or the collective and the pressure to conform made widespread habit change both more feasible and acceptable, even if due to fear of retribution. But there was a palpable ‘all for one and one for all’ ethos.”

He noted being quarantined “never felt like a choice” in communist China like it did in the U.S., as if being forced into compliance by the government is a good thing.

“Because everyone was isolated due to a complex mix of state mandates, housing authority restrictions, peer pressure and a deep sense of personal responsibility, flaunting those expectations by going out in public without masks or gathering in crowds was noticeable, frowned upon and even rebuked. With everybody following suit, it never felt like a choice as it does in the U.S.”

What the fuck is going on at NBC News? pic.twitter.com/qkayDLIesc

Can’t wait for the Dateline special…

How dare they prioritize personal freedom

nbc got their mail today from the CCP pic.twitter.com/ODd2Qvob8W

It’s amazing how much the media hates this administration

America must resist against pressure to conform to China’s authoritarian model of control, especially in times of crisis.