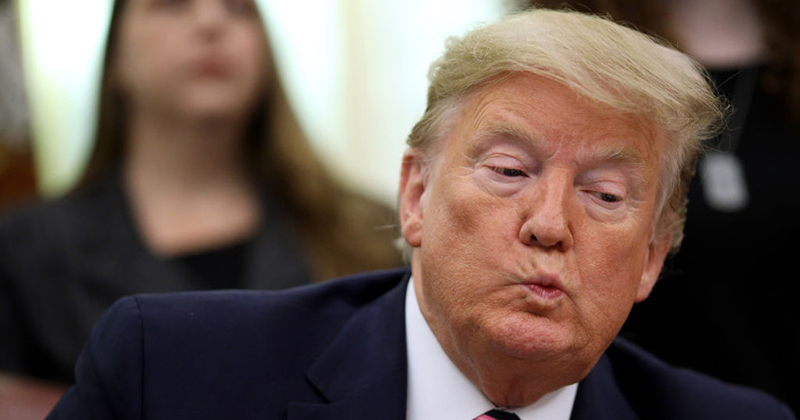 Are you white? Did you vote for Donald Trump in 2016? If so NBC says you are a racist who has broken the law.

No, seriously. The liberal news network says white people voting for Trump is both unconstitutional and a hate crime.

The only way you can stay on the right side of the law is to vote for who NBC tells you to because freewill is no longer tolerated.

NBC is such fake news that they can take something that is a joke and turn it it into no joke.

Behold: Trump voters motivated by racism may be violating the Constitution. Can they be stopped?

It’s already absurd that NBC is saying that voting for Trump is an illegal hate crime, but they actually published a piece wondering if it is possible to stop people from voting for whoever they want to.

Stand up comedians Tim Dillon and Ben Avery join Alex Jones live in studio to discuss the attack on free speech and how making people laugh could be the key to saving the 1st Amendment.

Apparently they think lawmakers should be stopping the scourge of personal political opinions:

Republicans and Democrats alike have been unwilling to reprimand voters or to hold them accountable. But racist voting isn’t an accident.

If the Trump era has taught us anything, it’s that large numbers of white people in the United States are motivated at least in part by racism in the voting booth. Donald Trump ran an openly racist campaign for president, calling Mexicans rapists and criminals, regularly retweeting white supremacists and at least initially balking at repudiating former Ku Klux Klan leader David Duke. Trump made it clear in his campaign that “Make America Great Again” meant that America was greater when white people’s power was more sweeping and more secure. White voters approved of that message by a whopping 58 percent to 37 percent.

Obama captured 93% of the black vote. Is that racist voting too?

All of NBC’s examples of Trump’s racism are a lie and they know it, but the line about how MAGA means a return to when the country was run by white supremacists is the biggest load of all. Trump is a Republican and the white supremacists who once ran this country were democrats. Trump wasn’t trying to put America back under democratic control.