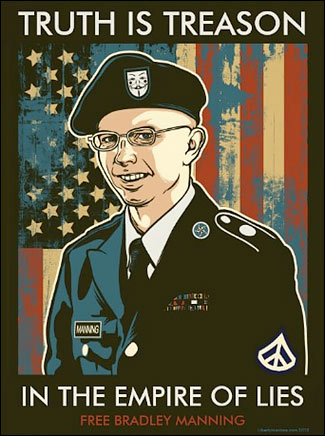 Max Boot has it out for NSA whistleblower Edward Snowden.

The CFR neocon, a signatory to a screed calling for an invasion that ultimately killed more than a million Iraqis, is pissed about Snowden’s “A Manifesto for the Truth” published by German news magazine Der Spiegel.

“It scarcely seems possible, but Edward Snowden gets more odious by the day,” Boot writes for Commentary, a magazine produced by the American Jewish Committee. “It’s bad enough that he has leaked to the world top-secret details of highly sensitive and important NSA surveillance operations, thus doing more damage to American national security than a baker’s dozen of previous spies.”

But what really gets Boot’s goat is the prospect that Snowden is “hiding in Vladimir Putin’s Russia” and “he has the nerve to position himself as a saintly whistle-blower who is striking a blow for truth, justice, and the American way.”

In Boot’s highly polarized universe, Snowden has become a tool of the Federal Security Service of the Russian Federation, the successor agency to the Soviet Union’s Committee of State Security, otherwise known as the KGB.

Boot fails to mention that Snowden has few options. He was offered asylum in Venezuela and Bolivia, countries helpless to prevent his rendition. Russia is safe, for now. This may not be the case a year from now when the former NSA analyst’s visa expires. Snowden is a political pawn with a shelf life.

But let’s put Putin aside. The real reason Boot and his cohorts loathe Snowden and want to see him returned to the United States to face the music is because his revelations endanger the so-called war on terror.

From his ivy tower at the Council on Foreign Relations, the senior fellow in national security studies has called for military interventions and routinely defends the massive and unprecedented Pentagon budgets required to kill people and break things in faraway lands, primarily lands occupied by Muslims and Arabs. He consistently calls for attacking Iran under the pretext that it will develop a nuclear weapon. He has defended Abu Ghraib torture, waterboarding, and other brutal excesses of the Bush administration.

The bellicose philosophy of Boot and the globalist neocons can be traced back in large part to Leo Strauss, a German–American political philosopher and classicist. For the Straussians, national security is merely a vehicle for a larger and more comprehensive agenda.

“Strauss thinks that a political order can be stable only if it is united by an external threat, and following Machiavelli, he maintains that if no external threat exists, then one has to be manufactured,” writes Shadia Drury. “Because mankind is intrinsically wicked, he has to be governed,” Strauss wrote. “Such governance can only be established, however, when men are united — and they can only be united against other people.” Strauss’ established governance, according to Drury, is made possible through “aggressive, belligerent foreign policy,” and “perpetual war, not perpetual peace, is what Straussians believe in.” According to Jim Lobe, “Strauss’ neoconservative students see foreign policy as a means to fulfill a ‘national destiny’ — as Irving Kristol defined it already in 1983 — that goes far beyond the narrow confines of a ‘myopic national security.'” (See my Iran Attack — Turning America Into A Straussian Totalitarian State, posted in 2006.)

Edward Snowden blew the lid off a crucial element of the national security state. His continued revelations breaking down the Stasi surveillance state in America represent an intolerable crime for the apparatchiks of the new global order. For this inexcusable crime, he must be apprehended and made to suffer like Bradley Manning, the soldier who downloaded the 400,000 documents to Wikileaks that became known as the Iraq War logs. Part of that motherlode was the “collateral murder” helicopter attack in Iraq video that went viral on the internet.

The sort of governance envisioned by Boot and the neocons cannot be realized unless such brutality against official enemies is kept out of the public eye. It cannot become a reality unless the state has the capacity to engage in all-encompassing surveillance on the American people who may become at any moment the next terrorist threat.