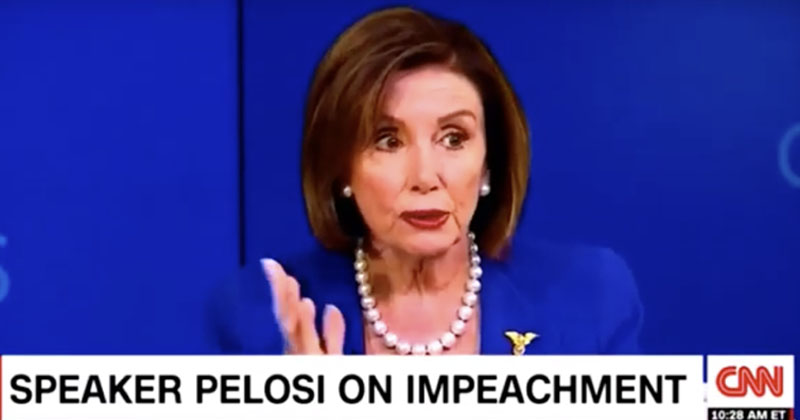 “I don’t think there’s anything more divisive we can do than to impeach a President of the United States, and so you have to handle it with great care,” Pelosi said in a CNN interview at the Council on Foreign Relations on Sunday morning. “It has to be about the truth and the facts to take you to whatever decision has to be there.”

Pelosi has contradicted herself though, because she’s made several divisive comments over Trump in recent weeks.

For example, last week she said she’d like to see the president “in prison”, despite former FBI Special Counsel finding no collusion and the Justice Department finding no obstruction of justice.

Polls show the issue of impeachment is sharply divided along partisan lines, with nearly half of Democrats for it and all Republicans against it.

The House Speaker is likely walking a political tightrope, careful not to anger moderates and independents, but also mindful of the far-left’s obsession with overthrowing Trump by any means necessary.

Former head of the NSA William Binney is sounding the alarm about the coup now being attempted by the Deep State. William joins Alex via Skype to explain why President Trump must take this seriously before it’s too late.