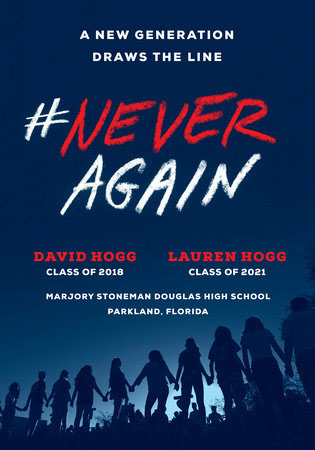 Parkland student and anti-gun activist David Hogg has cut a book deal to tell his story about gun violence.

The book, titled “Never Again: A New Generation Draws The Line,” will be written by Hogg and his sister Lauren and released on June 5.

“Today, Lauren Hogg and I are announcing our book ‘Never Again’ that tells the story of the foundation of this movement for those we lost,” Hogg tweeted Wednesday.

Today @lauren_hoggs and I are announcing our book #NeverAgain that tells the story of the foundation of this movement for those we lost. Lauren and I will be using the money made from the book to help heal the community. #NeverAgain out June 5th https://t.co/Vh2gWVWNGq

“Lauren and I will be using the money made from the book to help heal the community. #NeverAgain out June 5th.”

What Hogg means by that is the money will be donated to anti-Second Amendment Bloomberg group Everytown for Gun Safety, which was announced by publisher Random House.

“This book is a manifesto for the movement begun that day, one that has already changed America–with voices of a new generation that are speaking truth to power, and are determined to succeed where their elders have failed,” the description reads.

As we reported, the so-called “Never Again” movement was astroturfed into existence by CNN and the handful of anti-gun Parkland students.

March for Our Lives was organized and funded by leftist groups including Everytown for Gun Safety, Hollywood producers, and members of Greenpeace, and Planned Parenthood.

“As a 501(c)(4) group, March for Our Lives Action Fund is subject to few public disclosure requirements regarding donors or expenditures, meaning the Parkland students and the board aren’t obligated to be fully transparent,” HuffPo reported.