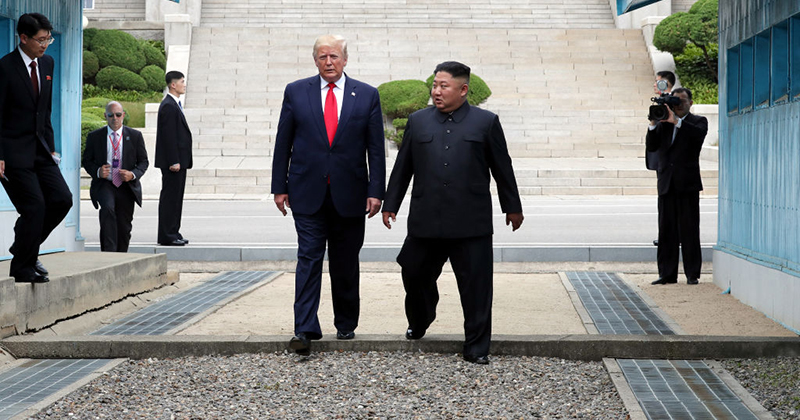 The Trump-Kim bromance which held the potential for a historic breakthrough toward lasting peace and denuclearization on the Korean peninsula may have run its course.

Alex Jones is joined by Dr. Steve Pieczenik and investigative journalist Lee Stranahan to break down how and why Steve Bannon pushed for John Bolton to join Trump’s administration.

Foreign Minister Ri Son Gwon said in statements reported by state news agency KCNA that Pyongyang is growing tired of what it sees as mere political point scoring from the US administration, with nothing actually changing for North Korea.

“Never again will we provide the U.S. chief executive with another package to be used for achievements without receiving any returns,” Ri said. “Nothing is more hypocritical than an empty promise.”

He charged that the US continued to talk regime change and preemptive strike even as it touted its dialogue and ‘openings’ with Kim Jong-Un.

“The U.S. professes to be an advocate for improved relations with the DPRK, but in fact, it is hell-bent on only exacerbating the situation,” Ri continued.

The administration has yet to respond to these latest comments Friday, but it comes as the prospect for resumption of nuclear talks, which remain stalled since the end of last year, appear as bleak as ever.

On Thursday a State Dept. spokesperson only said it is open to a “flexible approach to reach a balanced agreement” with regard to North Korea.

But all this is alarming for the short term, also a moment the Pentagon is seeking to place missiles near China among US allies – though so far it’s not getting many takers. No doubt it means that after a series of short and medium range NK missile tests this year alone, North Korea is almost certain to restart its long range missile program, and likely nuclear testing as well.