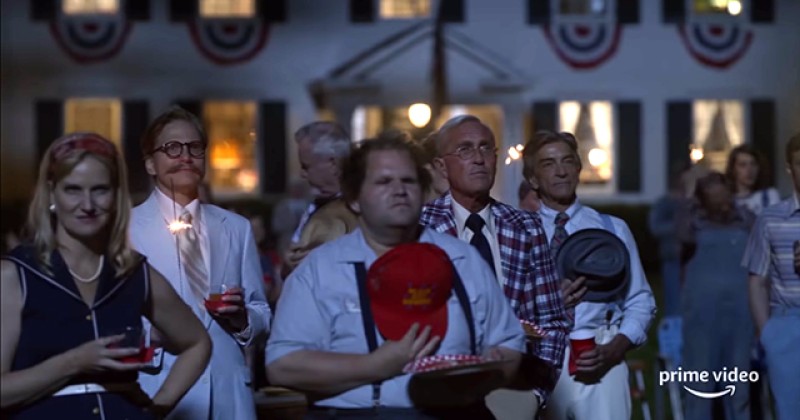 A new Amazon Prime show starring Al Pacino features a group of “diverse” vigilantes who hunt down and kill “Nazis,” some of whom are depicted wearing red MAGA-style hats.

Called Hunters, the trailer for the show, which is set in New York in 1977, is dominated by Pacino’s character, a Nazi-hunting Jewish ringleader named Meyer Offerman who justifies the killings by asserting, “This is not murder, This is mitzvah.”

“For eons, people like us have been degraded and exterminated. But no more,” says Pacino as images of Jews and black people are shown.

The clips featured in the trailer portray numerous acts of violence against the “Nazis,” including stabbings, a woman being punched in the face and a car containing the victims being blown up.

According to People, the vigilante group, described as “diverse,” discovers that “hundreds of escaped Nazis are living in America” and then “set out on a bloody quest for revenge and justice.”

The plot of the show appears to bear numerous similarities to Jason Blum’s The Hunt, a horror movie that centered around a group of liberals who hunt down red state conservatives.

The release of The Hunt was postponed following criticism from President Trump and the mass shootings in El Paso and Dayton.